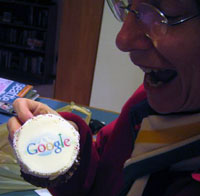 January 15th marked the official opening of Google Seattle. The office, located in Seattle’s Fremont neighborhood (“The Center of the Universe”) adjacent to the University of Washington, is led by UW CSE’s Brian Bershad.

“Alan Eustace, senior vice president of engineering and research, provided some of the reasons why Google wanted to expand in Seattle, which now represents the third largest U.S. office for Google behind Mountain View and New York.

“‘Seattle is an excellent example of the kind of place that makes sense for us to build. It has fantastic technologists. It has a world class research university here. It has got incredibly talented engineers. It has a great entrepreneurial culture and spirit. It’s got a thriving venture community. It’s got a history of great innovations. It has a very supportive government and organization here that actually cares about bringing business in and making businesses successful. And for all of those reasons we are extremely happy to be here.’

“Later, he even mentioned Seattle’s cost of living and its ‘family-friendly’ environment.

“‘This is a very attractive place to live and for people to bring families. … We try to give (people) the option of where they want to live and many of them actually choose the Seattle area. It is smaller. It is a friendly area. It is very family-friendly. The cost of living here is less than it is in Mountain View, and other things.'”