Seattle Times: “‘Uncropping’ photos and other UW tech on display” 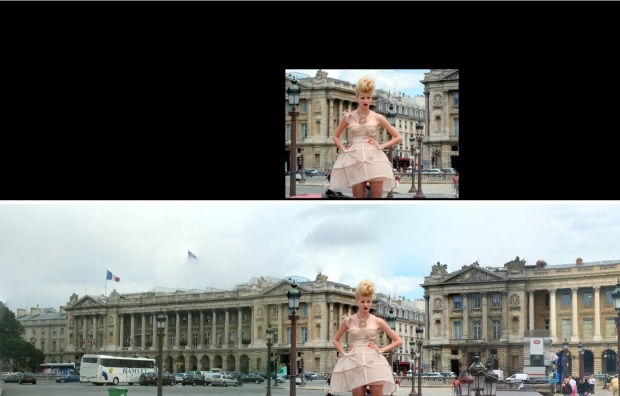 Many thanks to Brier Dudley of the Seattle Times for wonderful coverage of today’s UW Computer Science & Engineering Industry Affiliates Meeting!

“Qi Shan was remarkably calm demonstrating his advanced photo-manipulation research Wednesday at the University of Washington.

“Shan’s ‘photo uncrop’ technology was among dozens of demos that students presented during the Computer Science & Engineering Department’s annual showcase for industry partners. The audience included recruiters, investors and researchers, including representatives of big tech companies such as Microsoft, Intel and Samsung. Some flew across the country to see what and who are emerging from the labs.

“Demos were just part of the event. The agenda included several recruiting session and activities highlighting research that seems ready for commercialization …

“As part of Ph.D. work he expects to complete in early 2015, Shan developed technology that can assemble a panoramic image, pixel by pixel, with ‘computational photography.’ He worked on the project with UW CSE faculty members Brian Curless and Steve Seitz, along with Google employee Carlos Hernandez and Yasutaka Furukawa, a former UW researcher who worked on Google Maps and is now an assistant professor at Washington University in St. Louis.

“With the technology, an image of a person standing in the doorway of a cathedral could be expanded to include the rest of the building and the block on which it sits. The expanded picture would be generated through an analysis of imagery found online, including aerial images and photo collections such as Flickr …

“When I asked Shan whether the technology could end up with a company such as Adobe, Google or Microsoft, he said Google is a possibility – especially since he was heading there for a job interview a few hours after finishing the demo.”