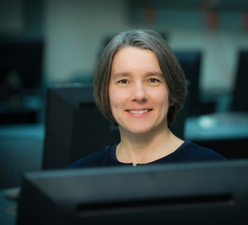 UW CSE Ph.D. alum Anne Condon, the head of the CS department at the University of British Columbia, talked to TechRepublic about her career in academia and the power of teaching computer programming:

“Anne Condon had to choose her college major while she was in high school. She’d never seen a computer, so she picked computer science. It sounded like a promising field.

“Luckily, she loved it the moment she began programming …

“It felt like a field in which women were very strong, she said. … Condon has devoted her life to developing better undergraduate computer science programs, particularly for young women.”