Apple’s Tim Cook: “We pave the sunlit path toward justice together, brick by brick. This is my brick.” 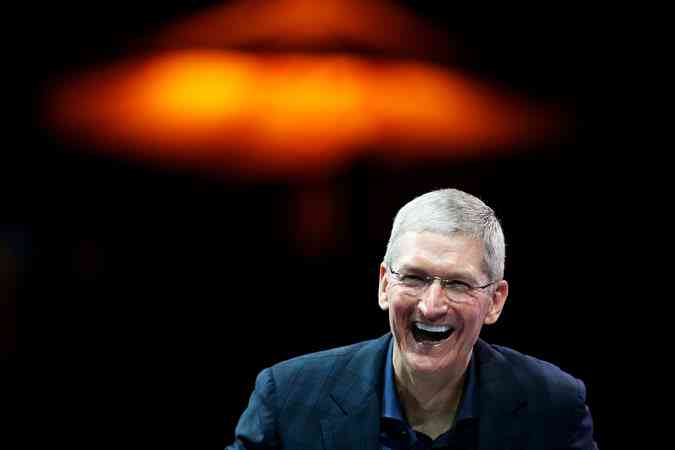 Read more in the New York Times here and here.

CSE’s  Ed Lazowska is quoted in the latter article:

“Edward Lazowska, a professor of computer science at the University of Washington, said most technology companies, like most universities, have policies that say they are open to women, gays, lesbians and members of minority groups.

“‘But down at the rank-and-file level is where these policies are put into practice, and that’s where many of us fall short,’ he said. ‘My view has always been that the majority of people have good intentions, but inadvertently create an unwelcoming environment for people who are not like them.'”

[Just for the record, here’s what I actually said:

“The final quote – ‘We pave the sunlit path toward justice together, brick by brick. This is my brick’ – brings tears to my eyes.

“I hope this is a watershed moment.

“Most tech companies, like most universities, are tolerant as a matter of policy – they are open to women, to LGBTs, to members of under-represented racial and ethnic groups.

“Down at the rank-and-file level, however, is where these policies are put into practice, and that’s where many of us fall short.

“My view has always been that the majority of people have good intentions, but inadvertently create an unwelcoming environment for people who are not like them.  There are (at least) two aspects to this.

“First, ‘the system’ in tech, as in academia, has been put into place by aggressive straight white males.  Inevitably this ‘system’ is biased towards rewarding the characteristics of those who put it into place.  (In principle, a ‘quantitative’ evaluation system should level the playing field, but the ‘weights’ applied to various factors are established by those who succeeded under the old rules – guys like me.)

“Second, there is a general lack of sensitization to the things that we all do, large and small, that create an unwelcoming environment. Here’s an example from this morning – a Facebook post from a Ph.D. alumna of ours (Stanford undergrad – a real hotshot) who works at a large tech company in Seattle:

Today I was invited to a leadership thingy at work. The email included ~5 people from each team in my org, their email addresses listed in order by their team. The list closed with 7 additional people whose names were placed at the end, instead of with the others from their team. These last 7 people were all women.

Can anyone think of a more generous explanation for this than affirmative action for women? And should being one of the 7 make me happy or sad?

“The person who added the 7 women to the list was undoubtedly trying to do the right thing, but the way it was handled (a) clumsily stigmatized these 7 women, and (b) speaks to a biased evaluation system that initially omitted them.

“Tim’s statement today is tremendously important, but it’s just a beginning. Top to bottom, Apple, and every tech company, and every academic computer science program, needs to send the message every day, in every way, that we are working to create a level playing field. It requires constant effort and attention at every level of the organization.

“I often quote Bill Wulf on the value of diversity in tech:

First, engineering is a very creative profession. That is not the way it is usually described, but down to my toes I believe that engineering is profoundly creative. Second, as in any creative profession, what comes out is a function of the life experiences of the people who do it. Finally, sans diversity, we limit the set of life experiences that are applied, and as a result, we pay an opportunity cost – a cost in products not built, in designs not considered, in constraints not understood, in processes not invented …

Every time we approach an engineering problem with a pale, male design team, we may not find the best solution. We may not understand the design options or know how to evaluate the constraints. We may not even understand the full dimension of the problem.