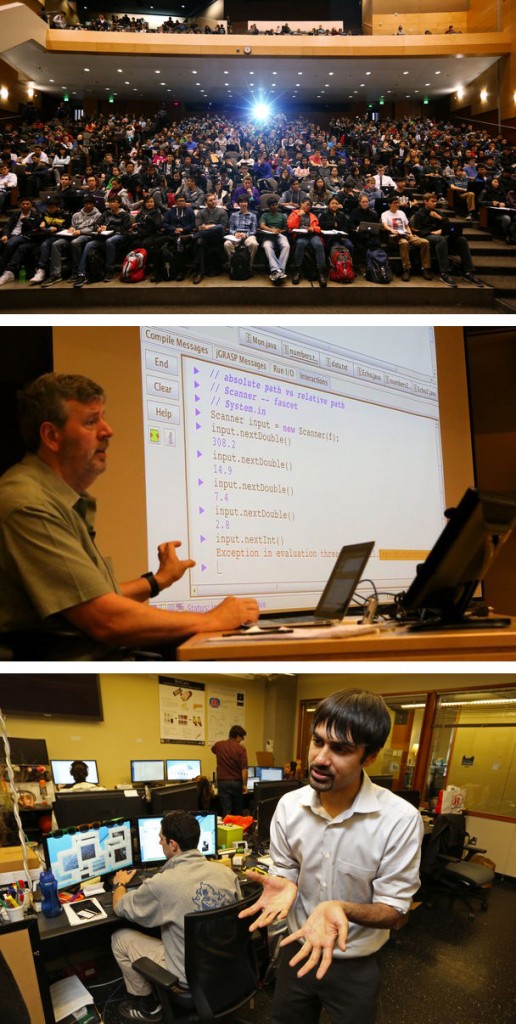 “At a moment in history when the computer is at center stage, and in a city where technology companies are driving a boom in the local economy, it’s no surprise that programming and technology majors are some of the most sought-after degrees on campus.

“But as a result, just 11 years after the UW’s Paul G. Allen Center for Computer Science & Engineering opened, the building is maxed out, and there’s not much space to move any more projects elsewhere. Now, the UW is looking to build a new computer science building on the Seattle campus. To do so, it expects to raise as much as $60 million privately, and will seek another $40 million from the Legislature …

“The need for new space is driven not only by the number of students who want to study computer science but also by rapid changes in what it means to study the discipline. Increasingly, computer science students and faculty are building physical objects, not just software …

“‘One could argue,’ [CSE professor Shwetak Patel] added, ‘that the computer is at the core of everything now'”