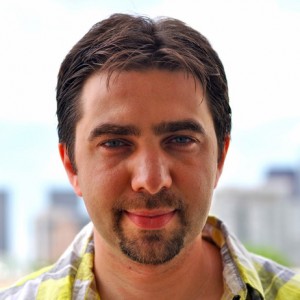 Ben Taskar, Boeing Professor of Computer Science & Engineering at the University of Washington, passed away on the early morning of November 18 2013 of sudden and severe heart failure. Ben left behind his wife Anat Caspi, their two year old daughter Aviv Taskar, his mother, father, and sister, and an array of other family members, friends, and colleagues – all of whom miss him tremendously.

When a 30-something person dies unexpectedly, leaving behind a spouse and a young child, it scarcely matters that he or she was one of the generation’s leading computer scientists.  Ben was that, though – an outstanding computer scientist, one of the very best of his generation. He made many significant research contributions in areas spanning machine learning, natural language processing, and computer vision. Even in a short time at UW, Ben’s brilliance, and his positive and gentle nature, made him admired and adored by everyone who knew him.

We remember him always, and especially today.