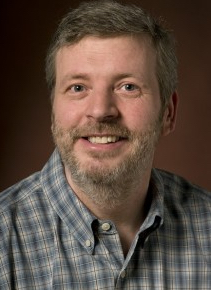 “Many students in Stuart Reges’ computer science classes pull all-nighters, cramming in hopes of acing the introductory courses at the University of Washington.

“Little do they know that their professor is doing the same – just in front of an oven and with spatula in hand.

“A principal lecturer at the UW, Reges has baked chocolate chip cookies for his students during finals week for the past six years, a tradition that first began when he taught at Stanford in the early 80s. Back then, he had about 25 students in his class …

“But now – as the interest in computer science has grown and the UW program expands – class sizes have swelled. This year, Reges is teaching CSE 142 – a class with 1,000 students – and CSE 143 — a class with 400 students. (In fact, he’s responsible for about 1.5 percent of all credit hours at the university!) 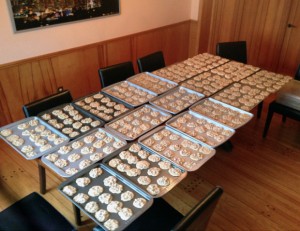 “Reges is not just a master cookie maker. He’s a darned good computer science professor, too. He won the UW Distinguished Teaching Award in 2011.

“No word yet on whether the sugar high helped students perform better on the finals.”