On December 19th, the Seattle Police Department will host its first-ever Hackathon.

During the past five and a half years, SPD patrol car cameras have recorded 314,636 hours (or 364 terabytes) of 911 responses plus interviews with victims, witnesses and suspects. With 1,612,554 videos already on their servers – and more on the way through an upcoming body cam pilot program – SPD is looking for automated tools to assist in redacting videos so that they can be made accessible as public records: removing faces and voices from the recordings to protect the identities of victims, witnesses, and juveniles. (The current manual redaction process can take upwards of a half hour for a one minute video.) 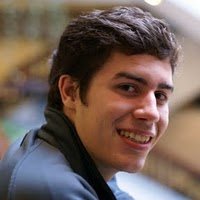 SPD’s creative approach? A call to the tech community to participate in a Hackathon on December 19th. UW CSE Ph.D. student Will Scott is quoted in a Seattle Times article:

“Will Scott, a co-captain of Code for America’s Seattle brigade and a computer science graduate student at the University of Washington, said Wagers contacted him for advice on how to plan a hackathon.

“‘Police data is one of the areas that has been seen as fairly sensitive, so it’s hard to get that information out,’ Scott said …

“Partnering with public agencies to release data and ‘foster forward-thinking approaches to solving city problems’ is the stated mission of San Francisco-based Code for America. The nonpartisan organization has been likened to a Peace Corps or Teach for America for the technology world.

“Scott said he’s setting aside his innate skepticism about working with police. ‘If we want them to work for us, how can they do that if we don’t tell them what we want?’ he said.”

Will has a long history of projects related to privacy on the web, most visibly his work on uProxy, a browser extension that lets users share alternative more secure routes to the Internet. (One out of every three people live in societies where free expression is severely restricted. When corrupt or repressive groups control the Internet’s infrastructure, they often subject their citizens’ Internet traffic to censorship, surveillance, and misdirection. uProxy enables friends to provide each other with a trusted pathway to the web.)