UW CSE alum and Mesos co-creator Ben Hindman: Where the cluster manager came from and where it’s heading 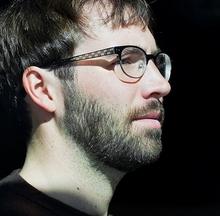 “Cluster manager Apache Mesos has already secured a serious role at high-profile users such as Twitter, Airbnb, HubSpot, Groupon, eBay and OpenTable. On top of that, startup Mesosphere this month announced an ambitious datacenter operating system based on the software …

Benjamin Hindman, who left Twitter in September to become Mesosphere’s chief architect, is the co-creator of Mesos. The cluster manager emerged from his collaboration with peers in the AMPLab at UC Berkeley while he was working on parallel computing.

“‘What we were trying to do is figure out a better way to run things like Hadoop on our clusters. We had a couple of specific goals: we wanted to run multiple Hadoops at the same time and we wanted to run other things – Hadoop and, say, MPI [Message Passing Interface] – all on the same cluster resources,’ Hindman said.”