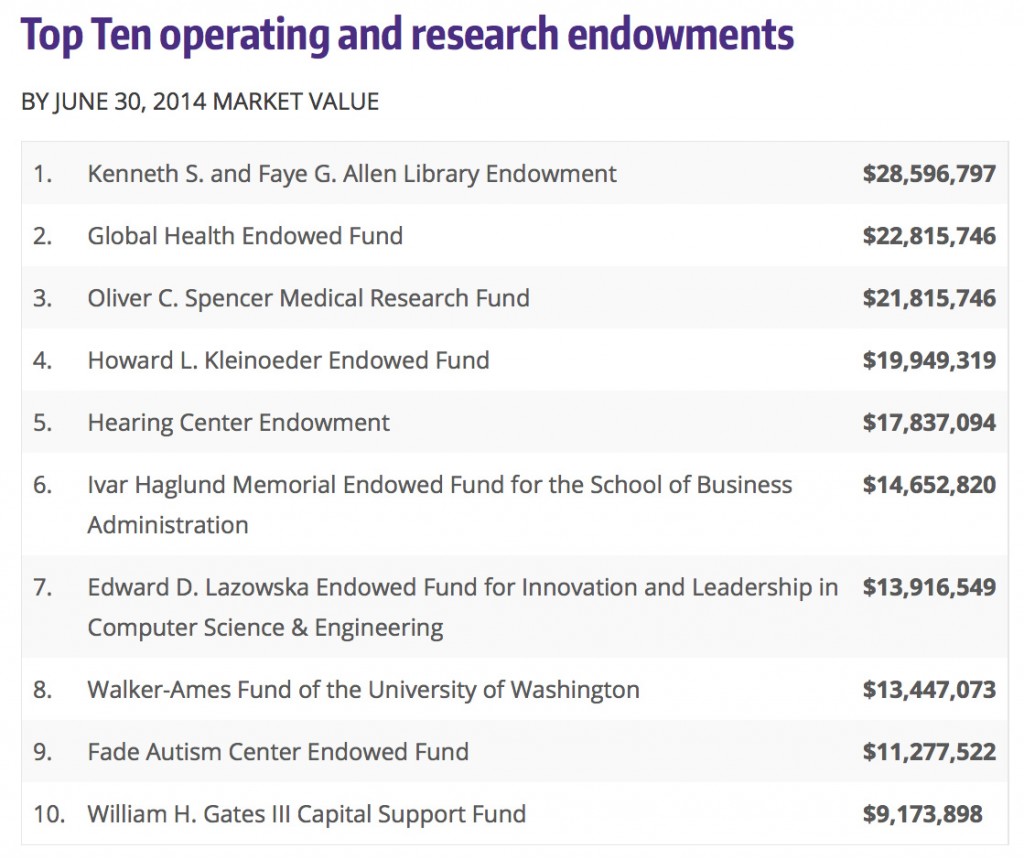 Today’s arrival in the mail of the University of Washington’s 2013-14 Report to Contributors triggers this end-of-year message of deep gratitude to the thousands of UW CSE alumni and friends who support us in so many ways, including contributing time, financial support, and political support.

UW CSE is public in spirit – UW is, after all, The University of Washington, and we in CSE embrace this role and all that it entails. But private support is essential to fulfilling our mission. (For example, state support comprises somewhere between 4% and 7% of UW’s operating budget, depending on what you count.)

The Report to Contributors notes that CSE’s Innovation Endowment is among the top ten “operating and research endowments” at UW, generating more than $500,000 per year to support new initiatives. (Let’s try to blow past Ivar in 2015!) And several weeks ago, 150 donors and 7 sponsors added $189,334 to UW CSE’s Google Endowed Scholarship during G-Give 2014, bringing the total of this endowment to more than $1 million – CSE’s largest undergraduate scholarship endowment, essential to allowing top Washington State students obtain a UW CSE education regardless of means.

These are but two examples. Our thanks to all of you as we launch into 2015!