“There are big changes afoot at GraphLab, the Seattle-based startup that aims to make it easier for small and medium businesses to make sense of mounds of data. First off, the company has rebranded to Dato, a move that it hopes will better encompass the breadth of its machine learning product. 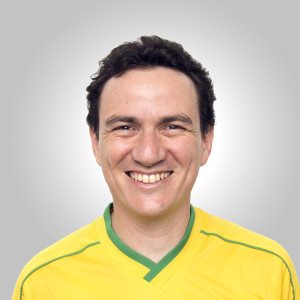 “In addition, Dato announced today that it raised an $18.5 million Series B investment round. The round saw participation from NEA and Madrona Venture Group, two firms that have previously invested in Dato, along with investments from Vulcan Capital and Opus Capital Ventures. To date, the company has raised a total of $25.25 million.

“Dato’s product lets developers build apps with machine learning and artificial intelligence capabilities that automatically scale and tune so that a software maker can seamlessly take their product from a proof of concept to a fully functioning app.

“‘Our company was founded on a mission to create a more intelligent world,’ Dato CEO (and UW CSE’s Amazon Professor of Machine Learning) Carlos Guestrin said in a press release. ‘The investments made in Dato will help us empower many more data scientists, software developers and engineers to revolutionize industries and enhance our lives in ways we can’t imagine.'”