Forbes: “We Need to Innovate the Science Business Model” 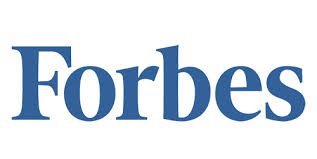 An article by Greg Satell in Forbes concludes:

“Most of all, we need to accept that we all have a stake in the public funding of science.  It is, after all, government funding that made the iPhone possible, has led to miracle cures and blockbuster drugs and decoded the human genome.  We’d all be poorer without it.”

“When [Vannevar] Bush wrote his famous proposal for public financing of scientific research, we had just defeated Hitler and his allies with help from scientific miracles like radar and the atomic bomb. That created enormous support for the public funding of science to enhance the private sector as well as national defense.  Times, unfortunately, have clearly changed.

“Today, there is a veritable war on science, with politicians quick to score cheap political points by accusing researchers of waste or merely declaring that science is irrelevant to everyday concerns.  Ed Lazowska, who co-chaired President Bush’s Information Technology Advisory Committee, sees this as a fundamental misunderstanding of how innovation takes place.

“There’s a big misunderstanding of today’s industry R&D. Most of it is ‘D’ rather than ‘R,” he told me and points to Google X as an example. Although Google has taken on major business risks with things like autonomous cars, the basic research was funded by the federal government through places like NSF and DARPA, so there is little technological risk.

“He also points to the principle of appropriability as a foundation for thinking about scientific funding. Enterprises understandably have a bias for investments from which they will benefit directly. That’s why public funding is the most viable source of support for basic research, which leads to applications that are not only broad, but often unforeseeable.

“Lazowska notes further that market leaders may have an interest in investing in scientific inquiry that benefits their industry broadly and highlights Microsoft and IBM as two firms that invest in basic research and publish openly. Yet they are the exception, not the rule.”