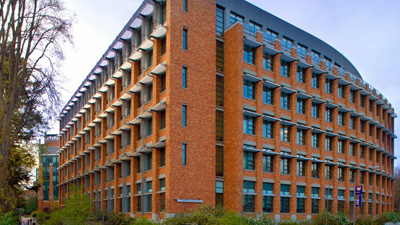 “A group of 23 technology leaders in Washington state – including representatives of Microsoft, Amazon, Facebook, Google and other tech giants – are asking the state Legislature to approve $40 million in capital spending to help fund a new, $110 million University of Washington computer science building.

“The second building, proposed last fall, would allow for a doubling of enrollment in the University of Washington Computer Science & Engineering program. The department granted 315 degrees in June, its largest class ever, but the program is at capacity and was able to accept less than a third of the undergrads who applied in the last admissions period.”