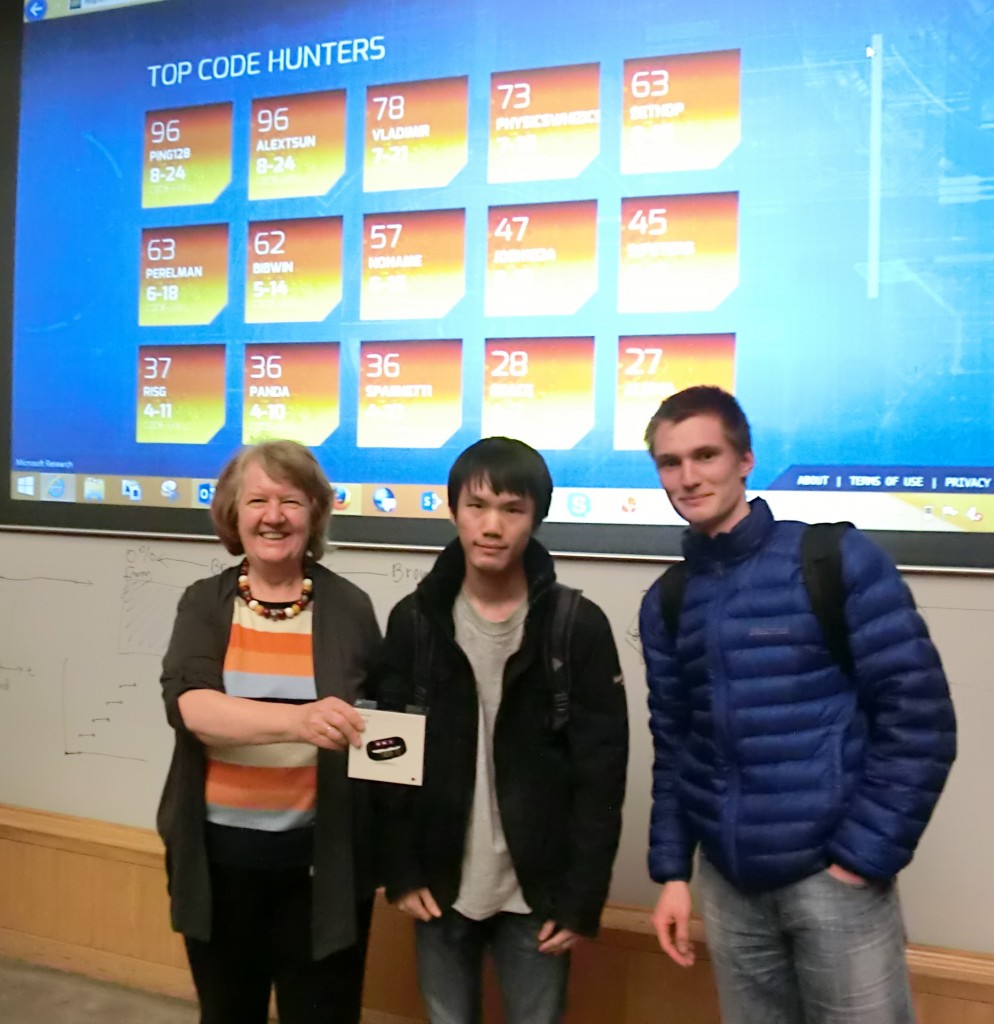 Microsoft Research brought its Code Hunt team to UW with an online programming contest for students. The winner was CSE senior Siwakorn “Ping” Srisakaoku, seen here receiving a Microsoft Band from Microsoft’s Judith Bishop with Runner-Up Vladimir Korukov, also a CSE student. Others in the top four were CSE student Alex Tsun and Mathematics major (and CSE teaching assistant) Caitlin Schaefer. Congratulations to all the participants, and thanks for an enjoyable evening. Everyone can continue to play the game and join the community!

Code Hunt is used by Microsoft to find top programmers for internships and hiring. It is played by over 150,000 students and developers worldwide. There is also a growing community of research around the data which is open sourced on GitHub. Code Hunt’s hint system was built by UW CSE graduate student Daniel Perelman while an intern at Microsoft Research. It takes advantage of the game’s foundation of symbolic execution and the over a million attempts from players in the cloud. Using data mining and program synthesis Daniel generates hints that are relevant to the student’s progress, even if the teacher had never thought of that solution. (Of course, hints are turned off during contests, like the one at UW!)