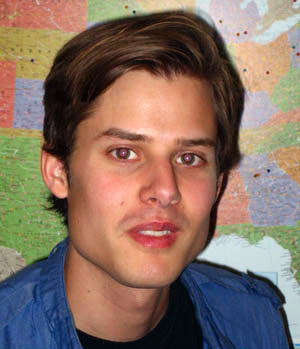 UW CSE computational biology Ph.D. student Daniel Jones is second author on a paper that has just appeared in the Proceedings of the National Academy of Sciences. The paper, “Let-7 family of microRNA is required for maturation and adult-like metabolism in stem cell-derived cardiomyocytes,” (abstract here), blends wet-lab biology, biochemistry, bioengineering, genomics and computer science.

Stem cell research shows enormous promise for both basic science and, ultimately, for therapy, e.g., potentially repairing tissue damage after a heart attack. Human trials of such therapies are on the horizon, but much remains unknown, and understanding these biological systems increasingly relies on “Big Data” biotechnologies including “RNAseq” – sequencing of millions of RNA molecules. RNAseq provides an unprecedented microscope into the inner workings of cells, but the massive scale, complexity, and pervasive technical biases intrinsic to these data sets demand careful algorithmic and statistical analyses to separate biological truth from technical artifact. Daniel has been driven to develop general methodologies and software for just such analyses.

Embryonic heart muscle cells implanted in a damaged adult heart may not be able to “pull their weight,” and waiting years for them to mature naturally is not an option. Hence, both monitoring and controlling the developmental trajectories of stem cells are key goals of stem cell research – what drives them to become, say, heart muscles, what markers unambiguously flag arrival to that state, and how can we both influence and measure their “maturity.”

The PNAS paper identifies a critical molecular driver of maturation of cardiomyocytes (heart muscle cells), an important step towards answering these basic questions, and of potential therapeutic significance. Daniel’s analysis of RNAseq data generated by his collaborators added strong support for the biologists’ insightful hypothesis. As expected, he also identified hundreds of genes whose activity levels change systematically during cardiomyocyte maturation. Intriguingly, he also identified ~80 more subtle, previously unrecognized, molecular markers of maturation, specifically “alternatively spliced” genes, where, like calling a common subroutine with different parameters to achieve a related but different result, the cardiomyocytes make related but distinctly different proteins as they mature. This robust signal of maturation was unexpected, and its significance is still not fully understood, but the ability of sophisticated computational tools such as Daniel’s Isolator program to discern such patterns from large, complex, noisy data sets such as these is at the leading edge of modern biology.

(Thanks to UW CSE professor Larry Ruzzo, one of Daniel’s co-authors, for the above translation!)