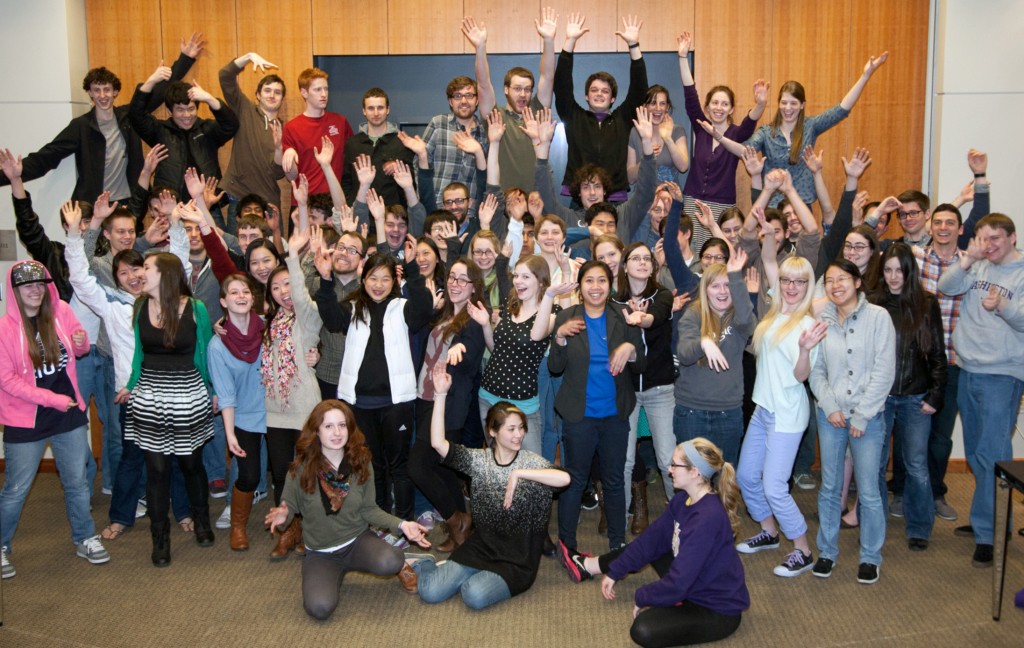 The Seattle Times captures the essence of why UW CSE was recognized by the National Center for Women & Information Technology with the inaugural Excellence in Promoting Women in Undergraduate Computing Award. (Thank you Katherine Long!)

“What she loved was dance – ballet and, later, modern – as well as math, and she was planning to major in both at the University of Washington. But then she took a few computer science classes as electives, and found a new subject to embrace …

“When she graduates this spring, the Seattle resident will have three majors: math, dance and computer science …

“‘There are female professors, tech talks performed by successful and intelligent women, coding competitions with plenty of female participants and hosts, and sports teams (such as CSE Frisbee) that encourage women to join,’ Singh said by email.

“Dumas Ang said she thinks too few women go into computer science because of the perception that the field is a ‘combative, aggressive, male-dominated environment.’ But at least at the UW, that’s not what she found.

“‘Here, there’s much more open discussion about the way women are treated,’ she said. ‘There are always going to be people who have a gender bias, but overall the experience in this department is really pleasant.’

“[UW CSE professor Ed] Lazowska said he’s pleased by one statistic in particular: Of the UW women who enroll in an introductory computer science course, and later decide to major in the field, 58 percent said they were not initially interested in majoring in computer science.

“In other words, the introductory course changed their minds. The women who took the class ‘discovered they loved computer science and were great at it,’ he said by email.”

Learn more about our NCWIT Excellence in Promoting Women in Undergraduate Computing Award – the Grand Prize in the organization’s inaugural NEXT Awards – here. And see additional coverage in the New York Times, Xconomy, GeekWire, UW Today, and KIRO Radio.