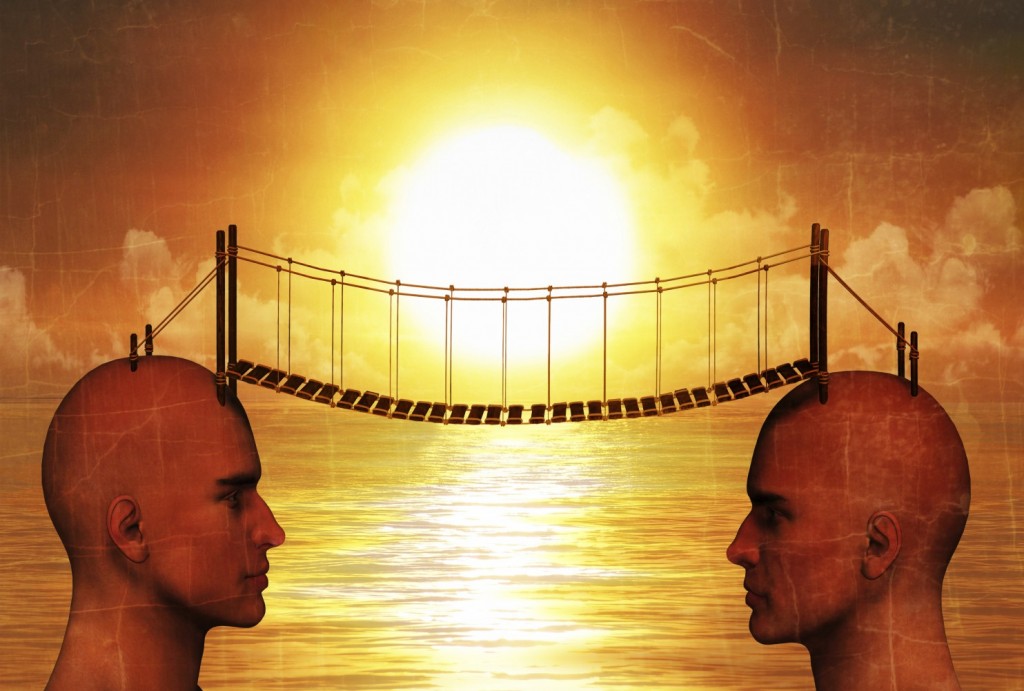 “Of course, the story starts with the Vulcan mind meld.

“Since Spock first demonstrated on the original ‘Star Trek’ how Vulcans could absorb the thoughts of another being, the mind meld has been the go-to image for mental telepathy. So that’s how Jerry Adler begins his story ‘Why Brain-to-Brain Communication Is No Longer Unthinkable’ in the May Smithsonian magazine: He compares it with the mind meld and says that some researchers have gone Spock one better: A Vulcan was usually in physical contact with the person whose mind he was accessing, but modern science has managed to transfer some thoughts between two people who aren’t even on the same continent.

“What follows is highly technical and incremental but also very intriguing. We meet researcher Rajesh Rao, who describes an experiment in which a person looking at a Space Invaders screen picks a moment to fire; his brain, linked to a computer via a magnetic field, sends an impulse to another person, similarly linked, who, without conscious effort, finds himself pressing the right button to fire the shot.”