UW CSE’s Krittika D’Silva: “I signed up for an intro CS class, and couldn’t stop taking classes after that” 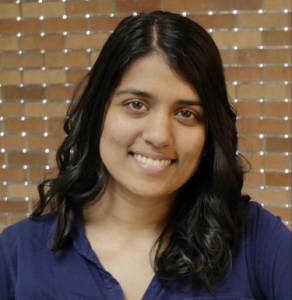 UW’s Undergraduate Academic Affairs office recently published a great article on CSE undergrad Krittika D’Silva, who decided to double-major in computer science and bioengineering after taking one of our introductory courses. The article, “Undergrad sees change in the palm of her hand,” describes how Krittika arrived at the intersection of the two fields, which earned her a 2014-2015 Levinson Emerging Scholars Award.

After being accepted to CSE, Krittika worked with the late professor Gaetano Borriello on the development of hands-free smart phone technology for use by health care providers in low-resource environments to aid diagnosis and prevent the spread of infection. She currently works in bioengineering professor Paul Yager‘s lab on the development of portable kits that diagnose the bacterial infection MRSA at the point of care with the help of an Android app – an approach that could be used to improve diagnosis and care of patients with other diseases.

Read more about Krittika and her research here.

Check out previous coverage of Krittika’s work on the CSE blog here.