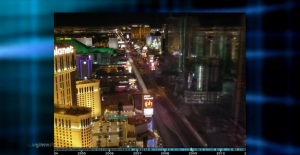 The new method for creating time-lapse videos developed by UW CSE’s GRAIL Group and Google was featured on a recent segment of the PBS NewsHour. As part of “NewsHour Shares,” its series of eye-catching stories from around the Web, PBS highlighted the videos created by graduate student Ricardo Martin Brualla, professor Steve Seitz and Google’s David Gallup of famous locations such as the Vatican and the Las Vegas strip – all from photos posted online.

As PBS anchor Judy Woodruff noted, “Where it once took months or years to create these videos, they can now do it almost instantly in an effort to help document our ever-changing world.”

Watch the video and read the transcript here.