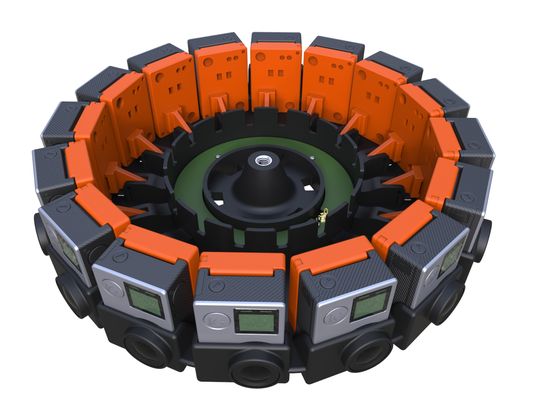 “But the biggest news involves Google’s new partnership with camera-maker GoPro, which could solve the missing link for VR: enough content to make using the headsets worthwhile. GoPro is putting the finishing touches on a merry-go-round-like rig that will support 16 GoPro Hero4 cameras whose spherical footage will record the content VR watchers will see.”

Read the USA Today article and watch the video here.

Read about Jump in the context of Google’s overall VR effort in The Verge here.

And learn about all of UW’s phenomenal work in computer graphics and computer vision here.