The next paradigm of computing: UW’s Shwetak Patel and Mayank Goel featured in UW Daily 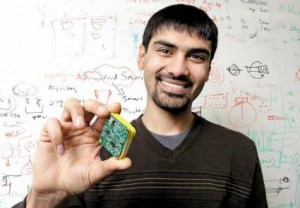 “A house that knows when you’re inside. A cellphone that doubles as a spirometer. A sensor that gauges how much energy is being consumed and by what device. These are some of the applications of a developing field of computing called ‘ubiquitous computing,’ or ‘ubicomp.’

“Shwetak Patel, professor in the Computer Science & Engineering and Electrical Engineering, defines ubicomp as ‘the next paradigm of computing.’

“‘Computing is going to be pushed into everywhere into the environment,’ Patel said.” 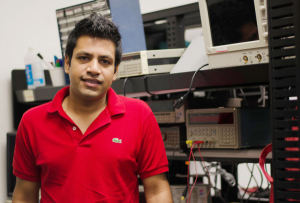 Shwetak goes on to explain how continuous interaction between humans and sensors has transformed the automobile. He also talks about the potential benefits of extending these interactions into the home where, for example, sensors could be used to monitor the health of a person inside.

The article also quotes UW CSE Ph.D. student Mayank Goel, whose research focuses on novel uses of mobile phone sensors. One of his projects is focused on using a smart phone’s accelerometer to stabilize the keyboard and reduce texting errors. Another project, SpiroSmart, turns a smart phone’s microphone into a spirometer for measuring lung function.