On Thursday, in the run-up to this year’s graduation ceremonies, EE professor (and CSE Ph.D. alum) Scott Hauck was named to the newly-created Gaetano Borriello Professorship for Educational Excellence – a professorship created jointly by EE and CSE to commemorate Gaetano’s enormous contributions. 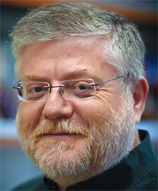 “Gaetano joined the University of Washington faculty in 1988, and passed away decades before his time in 2015, following an extended battle with cancer. At the time of his death he was the Jerre D. Noe Professor of Computer Science & Engineering, and Adjunct Professor of Electrical Engineering, Human Centered Design and Engineering, and Information …

“Gaetano was an extraordinary faculty member in every respect. While his research had tremendous impact, his focus was first and foremost on his students, on our educational programs in EE and CSE, and on continually strengthening the bridges between our two departments. He exemplified our mission at the University of Washington: to provide an extraordinary educational experience for our students, in which they discover, pursue, and achieve their potential; to conduct leading-edge research, but in the context of education rather than purely for its own sake; ultimately, to make the world a better place through the impact of our teaching, research, and mentoring. 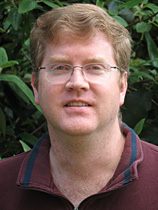 “Given this context, it is not difficult to identify the most appropriate person to be the inaugural holder of the Gaetano Borriello Professorship for Educational Excellence: Professor Scott Hauck of the Department of Electrical Engineering. It is our honor and pleasure to recommend, with great confidence and enthusiasm, that Scott Hauck be awarded the Borriello Professorship …

“This is a clear case of the apple (Scott) not falling far from the tree (Gaetano, his mentor):

“Scott is dedicated to his students, and more broadly to educational excellence. He is a recipient, like Gaetano, of the University of Washington Distinguished Teaching Award. He also is a recipient of the UW College of Engineering Faculty Innovator Award for Teaching & Learning, the UW Electrical Engineering Outstanding Research Advisor Award, and the Northwestern University Electrical and Computer Engineering Best Teacher Award. His own students have followed in his footsteps, receiving strong recognition for their accomplishments. 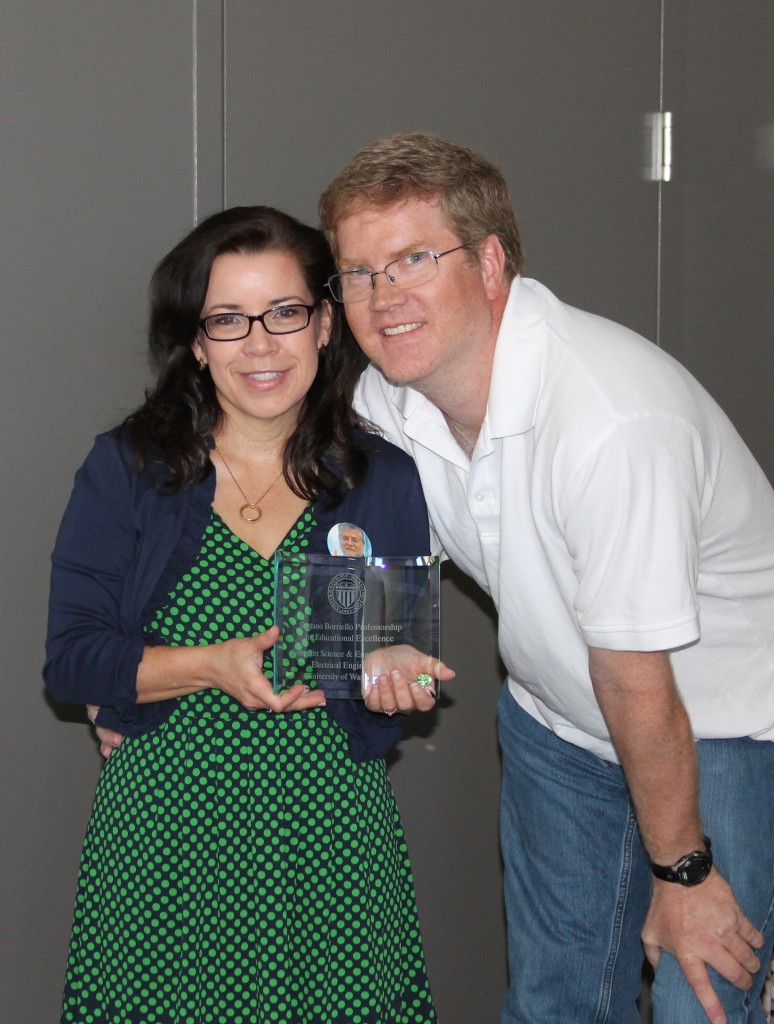 “Scott has selflessly devoted enormous energy to the improving the interface between CSE and EE. He has been a leader of the ExCEL effort since its inception – ExCEL has led to the hiring of a set of truly extraordinary faculty members appointed jointly between EE and CSE. Scott’s contributions include helping to launch the effort, serving as Co-Chair of the joint CSE/EE Recruiting Committee for a number of years, and calming the waters on both sides when turbulence arises. More recently, he has led an effort to create a unified undergraduate Computer Engineering curriculum spanning EE and CSE, requiring significant flexibility and compromise on the part of both departments – flexibility and compromise that probably only Scott would have been able to negotiate. For these and other efforts, Scott received the UW Electrical Engineering Faculty Service Award.”