We inaugurated this award for two purposes: first, to recognize some of our most accomplished alumni; second, to make it clear to each year’s new graduates that they are joining a long line of men and women who have built upon their UW CSE education to change the world. 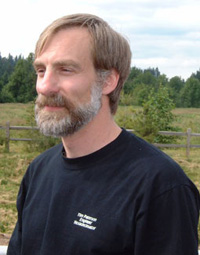 Tim’s email address is DosMan. In the most succinct possible way, this tells his story.

Tim was among the first UW undergraduate alums in Computer Science – he received his Bachelors degree in 1978. He joined a tiny company called Seattle Computer Products as its only engineer. Tim designed a single-board computer based on Intel’s new 8086 processor, which SCP started shipping in 1979. The computer needed an operating system, so Tim designed a system called 86-DOS, which SCP started shipping in 1980. Microsoft came knocking around that time; Microsoft first licensed and then purchased 86-DOS from Seattle Computer Products. When the first IBM PC shipped in 1981, it was running that system – re-branded by IBM as PC DOS. Tim worked on several additional releases of the system, both at Seattle Computer Products and at Microsoft. His life has taken many interesting turns since that time – from 8 years on the Visual Basic team to 5 years of competing in BattleBot tournaments.

We’re proud to recognize Tim with a UW Computer Science & Engineering Alumni Achievement Award, as the original author of what was the world’s most widely used operating system – more than that, the most widely used computer program – for two decades. 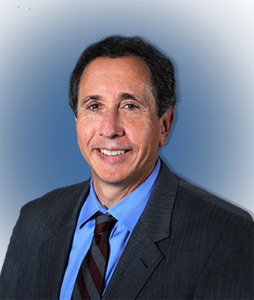 Kevin has spent his entire 26-year post-CSE career at the University of North Carolina at Chapel Hill, where he is now the Gillian T. Cell Distinguished Professor of Computer Science, and Chair of the Department of Computer Science – the nation’s second-oldest computer science department.

As a graduate student at UW, Kevin worked with Professor Alan Shaw in the area of real-time operating systems. At UNC, his work has included real-time systems, multimedia systems, and computer network architecture. He’s made important contributions in all of those areas. An additional point of pride for those of us in UW CSE is that Kevin has always been deeply engaged with students – he’s won multiple awards for his teaching, and for many years he’s coached UNC’s team in the ACM International Collegiate Programming Contest, including two trips to the World Finals.