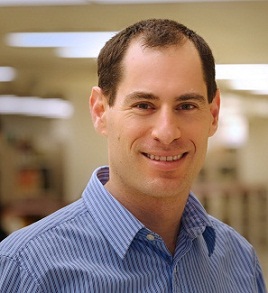 UW CSE faculty member Dan Grossman was recognized with the ACM SIGPLAN Distinguished Service Award at yesterday’s ACM SIGPLAN Awards Banquet, which is held each year during the PLDI conference. Dan received the award in recognition of his leadership in developing undergraduate curriculum for programming languages while serving on the steering committee for the ACM IEEE-CS Computer Science Curricula 2013. As part of that effort, Dan led a group responsible for rewriting the sections on programming languages from scratch.

From the award citation:

“Dan Grossman has made significant contributions to programming languages education. Roughly once a decade, the ACM and IEEE Computer Society publish revised curriculum recommendations for undergraduate-level computer science education. The 2001 Curriculum Recommendations included very little PL content, mostly material suitable for a CS1 course. As a member of the 2013 ACM/IEEE-CS Computing Curriculum Steering Committee, Dan was largely responsible for the revisions to the PL curriculum that reintroduced substantial up-to-date PL topics into the curriculum. This effort included convincing the steering committee and soliciting input from many members of the PL community. As part of these efforts, Dan also served as the chair of the SIGPLAN Education Board during his term as Member-at-Large on the SIGPLAN Executive Committee. Serving currently on the ACM Education Board, he continues to be an effective advocate for excellence in programming languages education.”

During brief remarks, Dan pointed to the impact that service aligned with one’s passions can have. He also thanked his collaborators on the curriculum effort and acknowledged the great mentors he has had in UW CSE, remembering by name departed faculty members Gaetano Borriello and David Notkin.

Congratulations to Dan on this well-deserved recognition – and way to go, team!