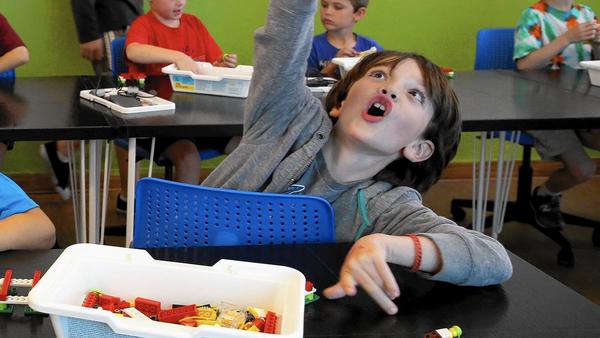 A Chicago Tribune article on a new trend: summer athletic camps for youngsters that include computer science as a break between dodgeball and archery:

“Professions from anthropology to zoology are increasingly becoming information fields, so the ability to program a computer for use within a discipline becomes an advantage, said Ed Lazowska, Bill & Melinda Gates chair in Computer Science & Engineering at the University of Washington.

“Lazowska also points to projections from the U.S. Bureau of Labor Statistics which say that 71 percent of all new jobs in STEM fields in the next decade will be in computer science.

“And even if students never go into the technology fields, those who learn to code also learn ‘computational thinking’ – the ability to analyze problems and debug, among other skills which are valuable in many settings, Lazowska said.

“‘It’s not that kids should be learning this because they want to be going to work at Google and Microsoft and Facebook,’ Lazowska said. ‘It’s rather because computational thinking is a critical reasoning capability, and programming is how we teach it and how you learn it.'”