Trends in the first-choice major of incoming UW freshmen 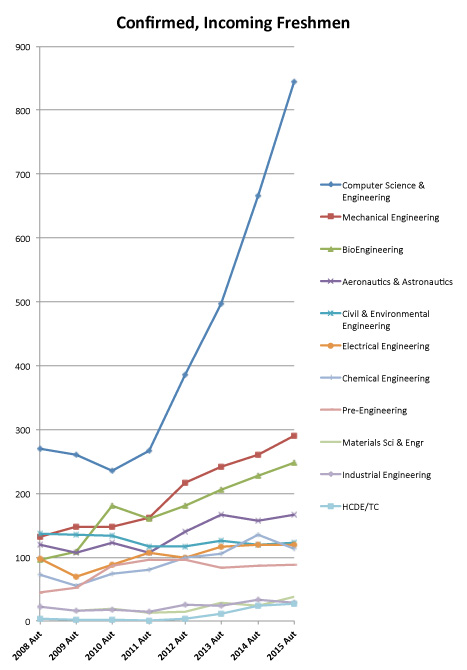 CSE vs. other majors in the College of Engineering

We’ve just received data on the first-choice major of UW’s Class of 2019 – students who will enter in September 2015.

Interest in CSE among incoming freshmen totally blows away interest in every other major offered by programs in the College of Engineering – triple the second-place major!

Interest in CSE among incoming freshman also blows away every other science major offered by programs in the College of Arts & Sciences – in the physical sciences, life sciences, social sciences, and mathematical sciences. Plus Informatics.

Among all UW programs, only the Foster School of Business is the first choice among more incoming freshmen than CSE – and we’ll blow by them next year.

Importantly, our introductory courses – which enrolled 5,000 students this year – “convert” many students who did not enroll intending to become a CSE major. 58% of the women who become our majors did not have that intention when they first enrolled in CSE 142, our “CS1” course. So “incoming freshman intent” vastly under-states the demand for CSE.

Students are smart – they understand which field offers the greatest opportunity to change the world! 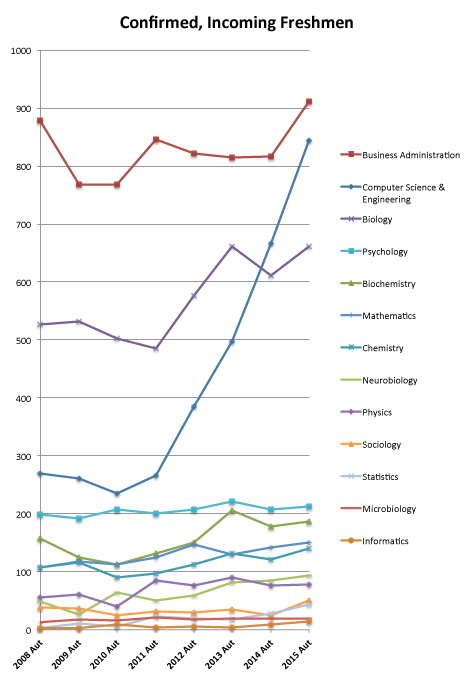