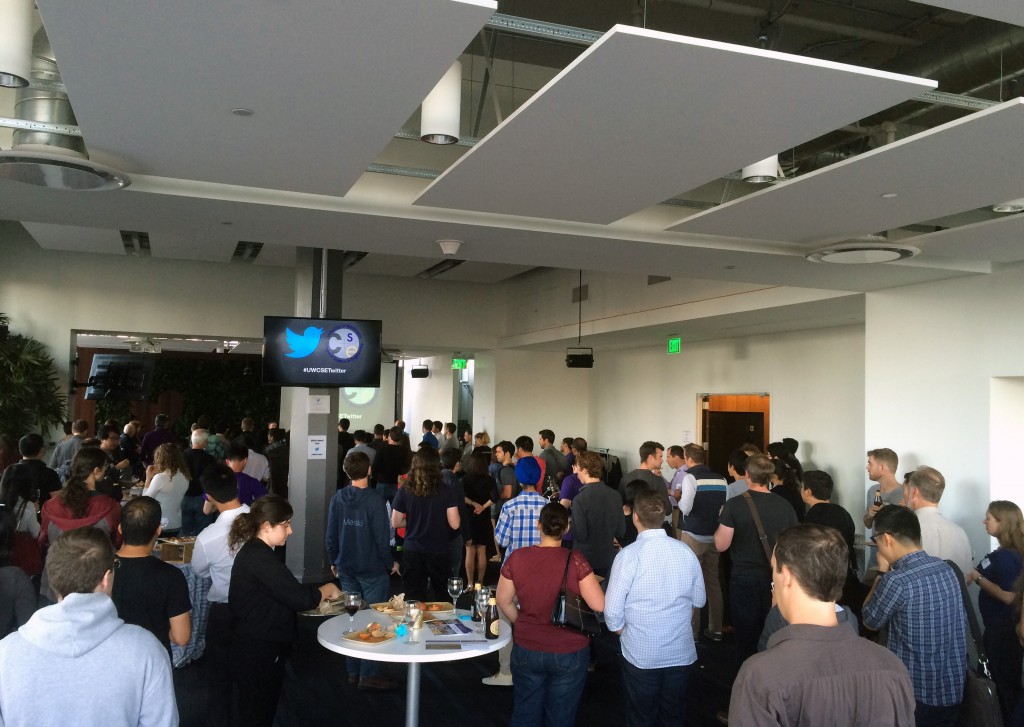 The alums listened to him anyway! In fact, they sang to him! (We’ll spare you the audio …) 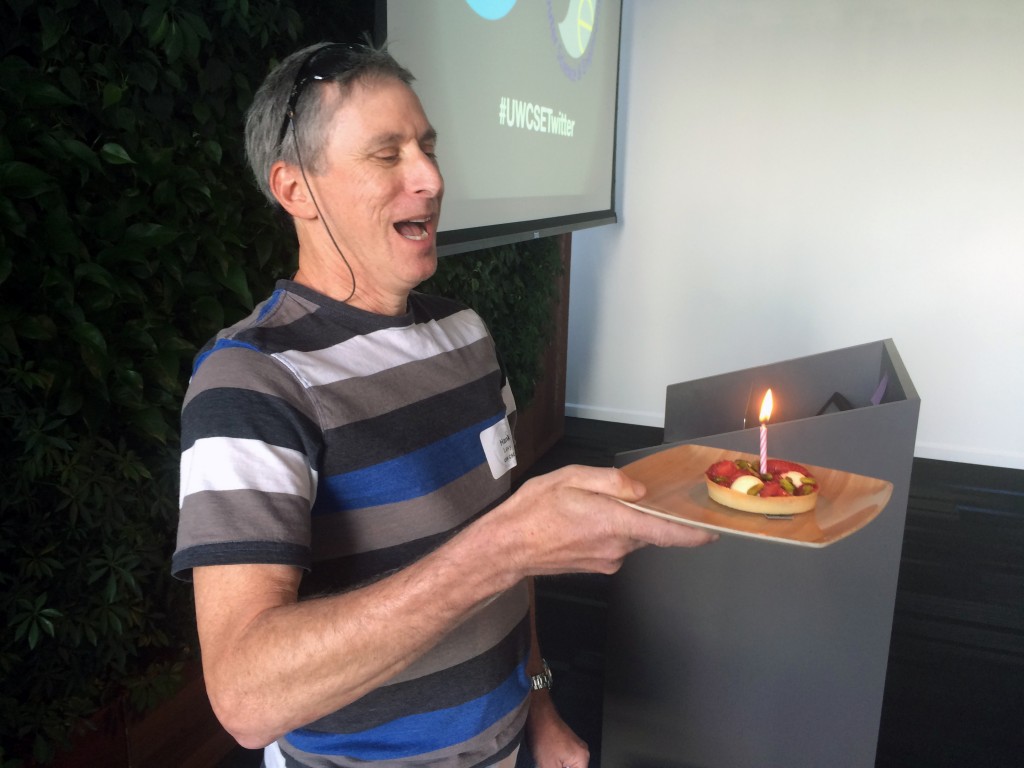 It was Hank’s birthday!

Nearly 200 UW CSE Bay Area alums turned out on the evening of Thursday June 25 for an event generously hosted by our friends at Twitter.

Are you a Bay Area alum who didn’t hear about this event? It’s because you don’t check our Bay Area Facebook page, and don’t have a Bay Area address or functional email address registered in the UW system. You can fix those things here.

Are you a Bay Area alum who heard about this event but didn’t attend? Shame on you!

Hank, Ed, and Dan also met 1:1 with a number of alums during a two-day swing through the Bay Area.

Thanks to Twitter for hosting our Bay Area alumni event this year!

It’s exhilarating to spend concentrated time with our friends and alums!!