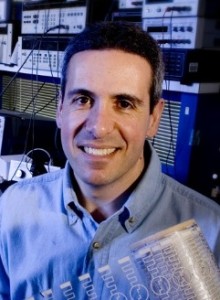 UW CSE faculty member Chris Diorio, who co-founded the RFID company Impinj based on technology developed here at UW CSE and at his Ph.D. alma mater, Caltech, was named Innovator of the Year at the ACE (Annual Creativity in Electronics) Awards by the EDN Network and EE Times.

Chris was honored for “his pioneering work in advancing next-generation UHF RFID technology,” and for being a “tireless promoter of RFID’s potential since entering the industry in 2002.” In addition to his role as CEO of Impinj, Chris serves as chairman of the RAIN RFID Alliance, which promotes universal adoption of the UHF RFID technology.

Read more in this nice article about Chris’s work (and car racing!), courtesy of EDN.