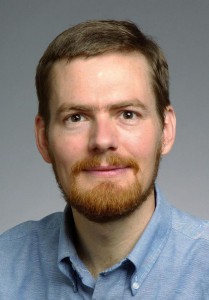 Normally, we don’t play around when it comes to cyber-security. But according to UW CSE professor Mike Ernst, playing around may be just what we need in order to better defend against hackers and cyber-criminals. BBC News reported this week on the Verigames project – part of DARPA’s Crowd Sourced Formal Verification (CSFV) program – which harnesses the power of citizen science to make software less vulnerable. Mike talked to the BBC about engaging players of casual games, including those developed at UW CSE’s Center for Game Science, to make formal software verification more efficient – and help make the world a safer place.

“[A]s software is critical in the running of almost everything these days, from national energy networks to police drones, air traffic control systems to emergency services, formal verification is an essential process….

“The problem is that formal verification – providing mathematical proof that a piece of software is error-free – is a complex business.

“‘Formal verification is wildly expensive and very difficult,’ says Michael Ernst, a computer science professor at the University of Washington who is involved with the DARPA project.

“‘That’s because you usually need a highly skilled, highly paid software engineer to carry out the process.’”

Verigames is helping to speed up that process by enlisting a “volunteer army” of players who solve puzzle-based games that aid in the formal verification of an underlying piece of software. Other efforts to promote citizen science through gaming, led by the Center for Game Science, have been useful in advancing synthetic biology research and helping scientists to better understand diseases such as the Ebola virus and AIDS.

Read the BBC News article here. Learn more about Verigames here, and try your hand at Paradox, one of the games developed by UW CSE’s Center for Game Science, here.