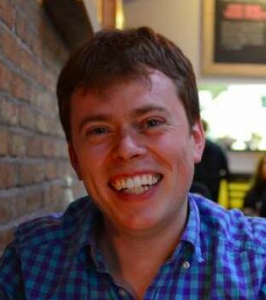 The Wall Street Journal has a great article on UW CSE bachelor’s alum Brandon Ballinger (’06) and his new heart rate tracking app, Cardiogram. Brandon, who is currently working as a data scientist at the University of California, San Francisco, built the app to assist researchers with gathering data for UCSF’s Health eHeart study. But first, he decided to test the app on two things that are near and dear to many people’s hearts: Mexican food and Game of Thrones.

“Anyone who follows Game of Thrones knows that few things can set your heart racing quite like Valyrian Steel. Now there’s data to prove it.

“….Mr. Ballinger built an Apple Watch app, called Cardiogram, that can track a user’s heart rate through the day. With the app, Mr. Ballinger has learned that his own heart jumps to more than 120 beats per minute when he eats a burrito. 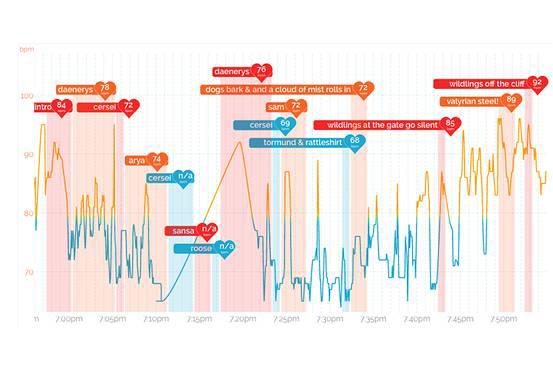 “In the long term, he’d like people to use Cardiogram to give medical researchers new insights into how the heart works.

“Short term, he’s been playing around with Cardiogram to learn how his heart rate changes throughout the day. A few months ago, he invited 10 of Cardiogram’s early users to watch Game of Thrones. ‘It’s almost like a Nielsen ratings on a second-by-second basis,’ Ballinger said.”

Read the complete article (spoiler alert!) here. Read our previous coverage of Brandon’s exploits since graduating from CSE – like helping to solve the headache that was the original Healthcare.gov – here. You can download the Cardiogram app for Apple Watch or Android Wear here.