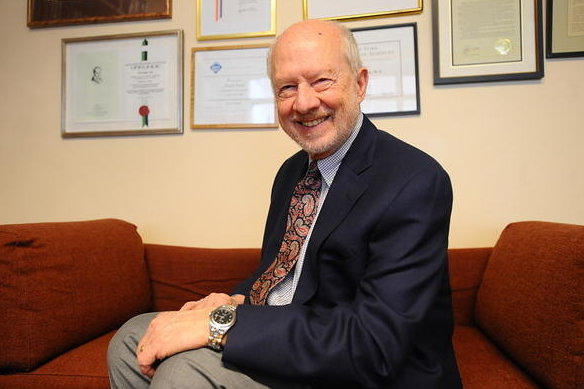 Joe Traub – Edwin Howard Armstrong Professor of Computer Science at Columbia University, as well as an External Professor at the Santa Fe Institute – passed away earlier this week.

Joe was a giant of the field, and an inspiration. After receiving his Ph.D. from Columbia in 1959, he was hired by Bell Laboratories. He continued at Bell Labs until 1970, when he began his professorial career at the University of Washington. Soon after, in 1971, he was offered the position of Head of the Computer Science Department at Carnegie Mellon University, a role in which he served until 1979. He left to help Columbia University build a Computer Science Department, and became its Founding Chair. In 1986, he was invited to start what is now the Computer Science and Telecommunications Board for the National Academies, serving as chair from 1986-92, then again from 2006-09.