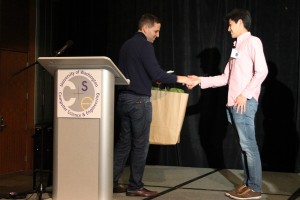 Each year, the Madrona Prize is awarded to students participating in UW CSE’s Open House whose work shows the greatest potential for commercialization. This year’s crop of one winner and three runners-up earned their awards by doing groundbreaking research in computer vision, systems and networking, health sensing, and ubiquitous computing. 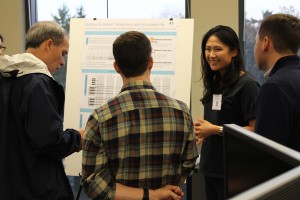 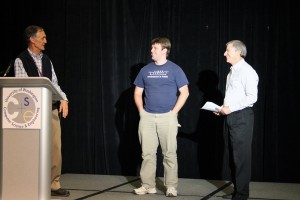 Read more over on Madrona’s website here and an excellent GeekWire article here.

Congratulations to our winners – and thanks to Madrona Venture Group and all of the participants in last night’s event for supporting UW CSE!

Published by Kristin Osborne on October 21, 2015