“Dear GeekWire: A coding bootcamp is not a replacement for a computer science degree” 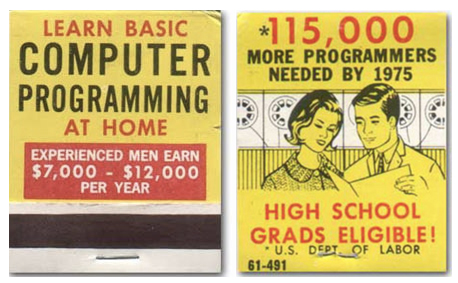 “But students, their parents, and adults seeking to re-direct their careers shouldn’t kid themselves about what sort of preparation is most likely to lead to a career as a software engineer at a leading-edge tech company – whether the smallest startup, or one of the giants like Amazon, Google, or Microsoft. …

“Marijuana is making a comeback in Washington, and with it, books of matches. Keep an eye out for the 21st century version of the advertisement to the right – with women included, and an additional zero on the salary.”