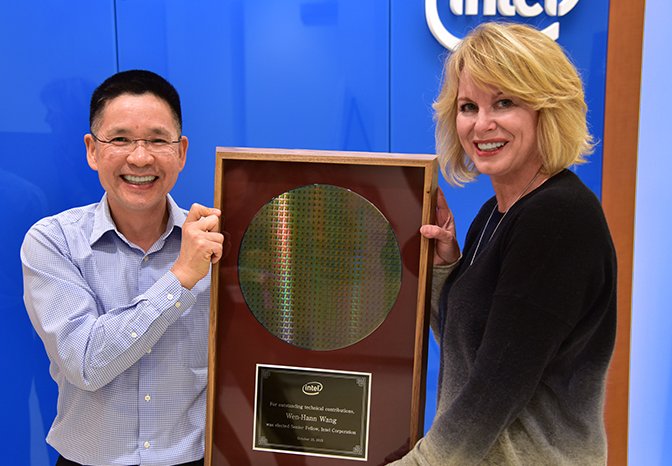 UW CSE Ph.D. alum Wen-Hann Wang completed his 24-year tenure at Intel today. To mark the occasion, Intel named him its first-ever Senior Fellow Emeritus – a tremendous honor that recognizes Wen-Hann’s many outstanding contributions during nearly a quarter of a century with the company.

Wen-Hann earned his Ph.D. from UW CSE in 1989 working with professor Jean-Loup Baer. He joined Intel in 1991 as an Intel® Pentium® Pro platform architect, working on the highly successful P6 product family. His platform architecture and analysis work was instrumental in the creation of the Intel® Xeon® processor product line.

Wen-Hann went on to serve in a variety of roles, including platform infrastructure research manager in the company’s then-new Microprocessor Research Lab and director of the Emerging Platforms Lab. He spent nine years in various management roles as part of Intel’s Software and Services Group (SSG), for which he was instrumental in establishing a presence in the People’s Republic of China. Later, he oversaw Intel Labs’ circuits and systems research, and in 2013, he was appointed Corporate Vice President and Managing Director of Intel Labs – positions he held until his retirement today.

Wen-Hann is a fellow of the IEEE, holds 15 patents and has received numerous technical awards, including the inaugural ACM/IEEE ISCA Influential Paper Award in 2003 and an ACM SIGMETRICS best paper award in 1990. UW CSE recognized him with our Alumni Achievement Award in 2012.

Read our profile of Wen-Hann from the autumn 2011 issue of our newsletter, Most Significant Bits, here and a 2012 article about his Alumni Achievement Award here.

Congratulations to Wen-Hann, from all of your friends at UW CSE!

Published by Kristin Osborne on December 1, 2015