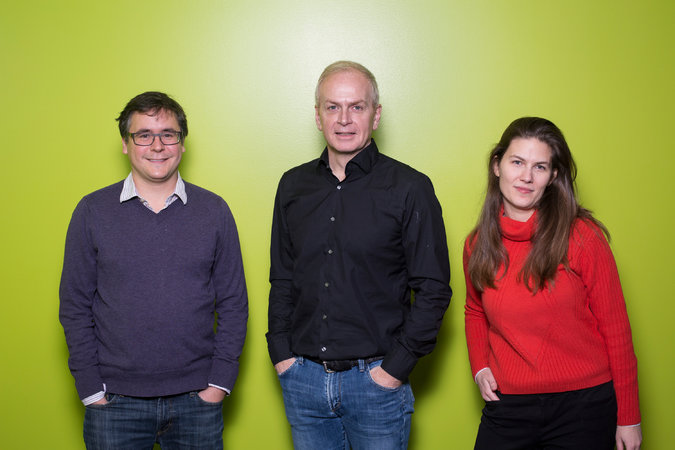 By using DNA molecules, Ceze and his colleagues in the Molecular Information Systems Lab are working to enable archival storage of all of the world’s digital information in roughly the same amount of physical space required to store a case of wine. What’s more, the new system could potentially store data for a millennium or even longer, compared to mere decades with existing magnetic or electronic storage systems.

“In nature, DNA molecules carry the genetic instructions that govern the development and function of living organisms. The cost of sequencing or ‘reading’ the genetic code is falling faster than the cost of computer memory, and technologists are beginning to make progress in their ability to more rapidly synthesize strands composed of arbitrary sequences of the small organic molecules known as oligonucleotides, the basic DNA building blocks.

“Computer scientists say they believe that as costs of sequencing and creating synthetic DNA continue to fall, it will soon be possible to create a new class of hybrid storage systems….

“Early signs of a possible convergence of computing and biology can be found in a visit to a cramped laboratory in the basement of the Paul G. Allen Center for Computer Science & Engineering on the University of Washington campus.

“It is crammed with equipment more readily found in a biology laboratory — a desktop DNA sequencing system and a separate machine that is used to amplify fragments of DNA by making billions of precise copies.

“Together, the two machines form a prototype of a data-archiving approach that could spread more widely as soon as five years from now.”

As Ceze notes in the article, “Information technology has helped biotech in the past. Now biotech has to pay back.”

Collaborators on the project include CSE graduate student James Bornholt, bioengineering graduate student Randolph Lopez, and CSE and EE professor Georg Seelig. The team will present aspects of its research at ASPLOS 2016.

Published by Kristin Osborne on December 3, 2015