UW CSE has organized a series of events on campus this week to engage UW students and their friends and family members in the Hour of Code, an annual event organized by Code.org to engage people in computer programming. More than 190,000 Hour of Code events are being held around the world to celebrate Computer Science Education Week.

“CS Ed Week was kind of a snoozer until Hadi Partovi founded Code.org, hatched the idea of Hour of Code, and built tools to support it. In the two years since then, nearly 150,000,000 ‘Hours of Code’ have been completed.

“Kids of all ages—from elementary school to grandparents—can participate in the hour of code.”

Yesterday, UW President Ana Mari Cauce joined in the fun, teaming up with freshman Sukhdeep Singh and a group of students to do the Hour of Code: 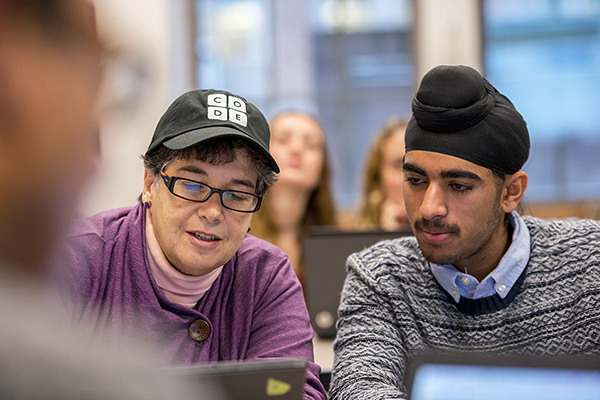 This was not the first time President Cauce had tried her hand at programming, as she took a COBOL class back in the day. 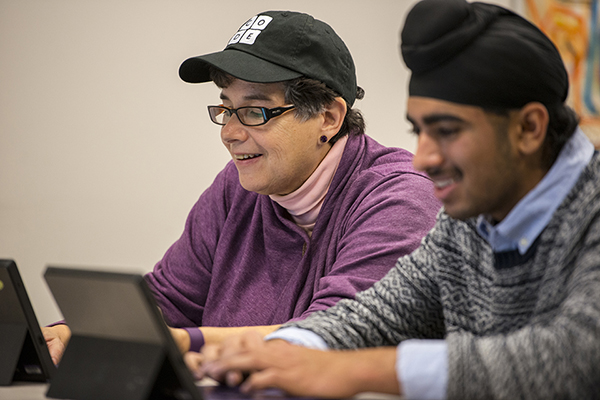 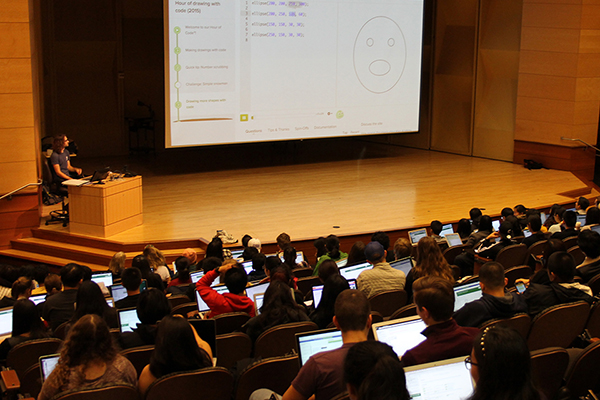 Eric Keenan, a junior who is majoring in atmospheric sciences, brought along his mother, Gayle: 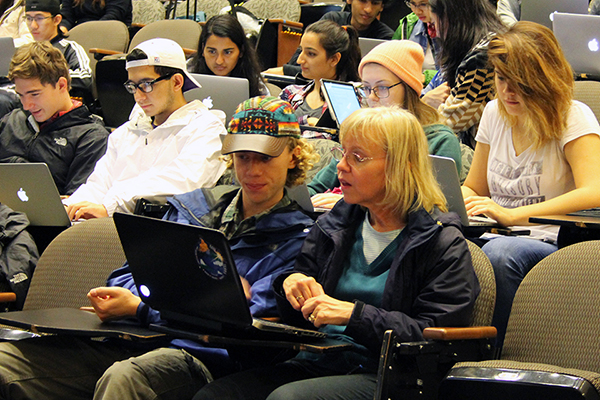 Altogether, we expect more than 400 people from the extended UW family to take part in CSE’s Hour of Code activities throughout the week. It’s not too late to join in! If you can’t make it to an event, try the Hour of Code from wherever you are with one of Code.org’s online tutorials.

Read more about the UW Hour of Code and other local events in GeekWire here, and Lazowska’s Xconomy column here. Watch a KING 5 News video about the Hour of Code, including an interview with Stuart Reges, here. More photos from President Cauce’s Hour of Code can be viewed here.