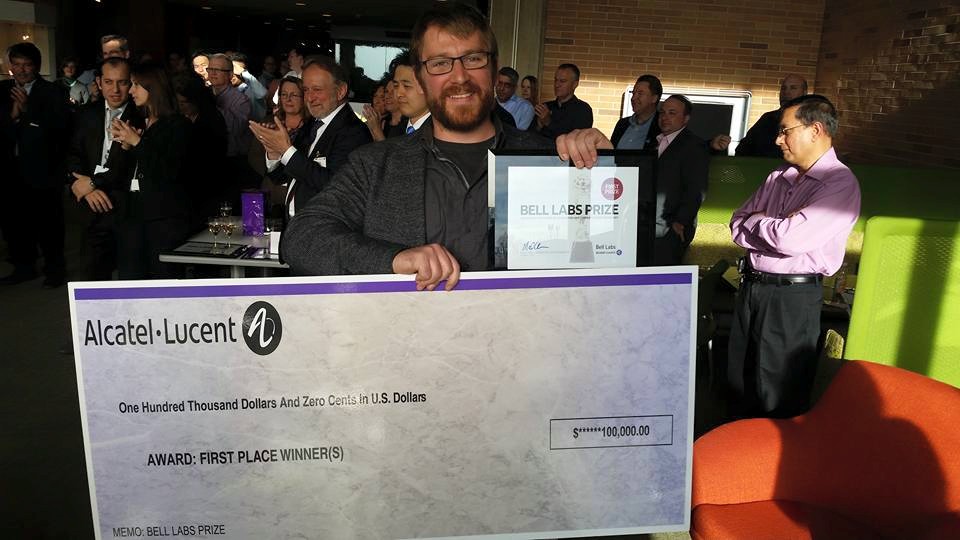 The Bell Labs Prize is a competition for innovators from around the globe that seeks to recognize proposals that “change the game” in the field of information and communications technologies by a factor of 10.

In the 2015 Bell Labs Prize competition, more than 250 applicants from 33 different contries submitted proposals for consideration. Of those applicants, 17 were selected to move on to the next stage of the competition and were given the chance to collaborate with Bell Labs research partners to strengthen their proposals. Following this, 7 were selected as finalists, and presented their ideas to a panel of judges, including Emmanuel Abbe, 2014 Bell Labs Prize winner and Assistant Professor at Princeton University; Al Aho, Lawrence Gussman professor at Columbia University; David Freeman, managing editor of The Huffington Post; Philippe Keryer, Chief Strategy and Innovation Office of Alcatel-Lucent; Marcus Weldon, president of Bell Labs and CTO of Alcatel-Lucent; and Robert Wilson, senior scientist at the Smithsonian Astrophysical Observatory of the Harvard Smithsonian Center for Astrophysics.