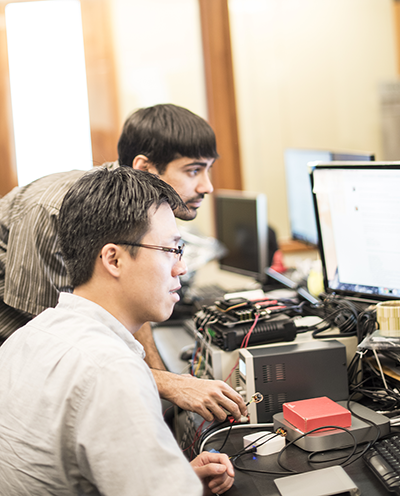 The Ubiquitous Computing Lab led by UW CSE and EE professor Shwetak Patel has teamed up with virtual reality pioneer Oculus VR on the development of a novel system for precisely tracking finger movements that could pave the way for a more immersive and elegant virtual reality experience.

The system, called Finexus, uses four magnetometers to track small electromagnets placed on a user’s fingertips. Unlike camera-based motion tracking systems, the new technology does not require a direct line of site between the sensor and the magnets to accurately determine a user’s movements.

From an article in MIT Technology Review:

“A research project may hint at how Facebook’s Oculus device will let you explore virtual reality someday: by using a bunch of electromagnets and sensors to track the motions of your individual fingers in three dimensions….

“Keyu Chen, a graduate student at the University of Washington’s 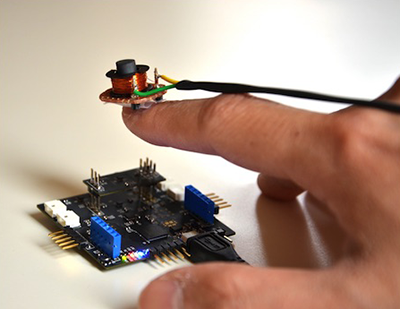 ubiquitous-computing lab, started the project while he was an intern at Oculus Research in Redmond, Washington, last summer. He imagines Finexus being used for games as well as tasks that require a variety of delicate finger motions, like playing a virtual piano, painting, or writing in the air….

“The interactions Chen imagines could be more detailed than what many of us will experience early on with virtual reality.”

The team, which includes Patel, Chen (an EE Ph.D. candidate), and Oculus researcher Sean Keller, will present Finexus at CHI 2016 in San Jose, California next May.

Read the full article here and watch a video demonstration of Finexus here.

Published by Kristin Osborne on December 22, 2015