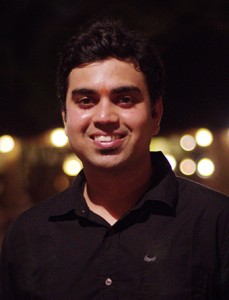 , a third-year Ph.D. student working in the Information & Communications Technology for Development (ICTD) Lab led by UW CSE professor Richard Anderson, has been selected as a Facebook Graduate Fellow for 2016-2017. The highly competitive program is designed to support emerging leaders who demonstrate the potential to advance Facebook’s mission of making the world more open and connected.

Social media platforms play an essential role in people’s lives, and they are an increasingly vital tool for those engaged in political activism and to manage crisis response in communities across the globe. Vashistha’s research is focused on enabling people of low incomes and low literacy to access social media platforms and crowdsourcing systems so they can reap the benefits of these increasingly popular technologies, particularly the creation of voice-based platforms for people with basic mobile phones and no Internet connectivity and the development of voice-based social media and crowdsourcing platforms for people with smartphones and only intermittent Internet connectivity.

In addition to receiving financial support for academic years 2016-17 and 2017-18, Vashistha will have the opportunity to present his research and meet with engineers at Facebook’s headquarters.

Vashistha has been on a roll lately, having previously earned a Best Student Paper Award at ASSETS 2015, a Best Paper Award at CHI 2015 and the 2014 Access Facebook Award.

Congratulations to Aditya on this latest win, and to Konstantin and Alexis for their strong showing in this year’s competition!