Election to the National Academy of Engineering is one of the highest professional honors accorded an engineer. Today the NAE announced its Class of 2016. Two UW CSE Ph.D. alums, Tom Anderson and Albert Greenberg, are among the eight new members elected in Computer Science & Engineering. 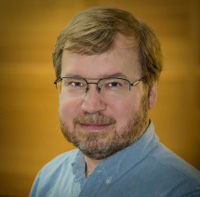 Tom is “one of our own” in two ways: he received his Ph.D. from UW CSE in 1991 (working with Ed Lazowska and Hank Levy), and after joining the faculty at UC Berkeley and being promoted to tenure there, he returned to join the UW CSE faculty, where he is the Warren Francis and Wilma Kolm Bradley Chair in Computer Science & Engineering. Tom – who has made fundamental contributions to the design, analysis, and instrumentation of computer systems, computer networks, and distributed systems – has previously been honored with the IEEE Koji Kobayashi Computers & Communication Award, the ACM SIGOPS Mark Weiser Award, the USENIX Lifetime Achievement Award, more than 20 Best Paper and Test-of-Time awards, and election as an ACM Fellow. He was elected to NAE “for contributions to the design of resilient and efficient distributed computer systems.” 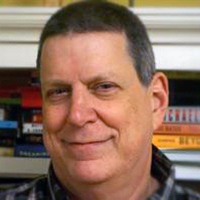 Albert received his Ph.D. from UW CSE in 1983 (working with Richard Ladner and Martin Tompa). He spent 13 years at AT&T Research in network research. In 2007 he returned to Seattle to join Microsoft Research, and 3 years later he moved from research to the engineering organization as Distinguished Engineer and Director of Development for Microsoft Azure Networking. Albert has been honored with the SIGCOMM award for lifetime contributions to the field of communication networks, and, like Tom, the IEEE Koji Kobayashi Computers & Communication Award, multiple Test-of-Time awards, and election as an ACM Fellow. He was elected to NAE “for contributions to the theory and practice of operating large carrier and data center networks.”

Congratulations to Tom and Albert!