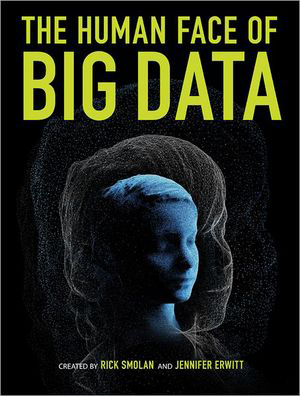 UW CSE and EE professor Shwetak Patel of the UbiComp Lab is featured in a new documentary, “The Human Face of Big Data,” that will air on PBS next week. The award-winning film examines how our growing capacity to collect and analyze data enables us to understand our world and ourselves in new ways—and at what cost.

“‘The Human Face of Big Data’ captures…an extraordinary revolution sweeping, almost invisibly, through business, academia, government, healthcare, and everyday life. It’s already enabling us to provide a healthier life for our children. To provide our seniors with independence while keeping them safe. To help us conserve precious resources like water and energy. To alert us to tiny changes in our health, weeks or years before we develop a life-threatening illness. To peer into our own individual genetic makeup. To create new forms of life.  And soon, as many predict, to re-engineer our own species. And we’ve barely scratched the surface…”

The filmmakers point out that more data has been generated since 2003 than in all of previously recorded history.

“It’s the data that creates understanding and knowledge,” Patel says in the PBS trailer. The film features two of his lab’s projects, ElectriSense and HydroSense, which are capable of collecting data at the individual appliance level for energy usage and water consumption, respectively.

Local station KCTS 9 and the Seattle International Film Festival have teamed up to offer a free special screening and discussion session with filmmaker Sandy Smolan tomorrow, February 17th, and the documentary premieres on PBS nationwide next Wednesday, February 24th. It will be available to stream online as of the following day, and will be broadcast internationally in 25 countries later this year.

Now that is what we call “must-see TV!”

Published by Kristin Osborne on February 16, 2016