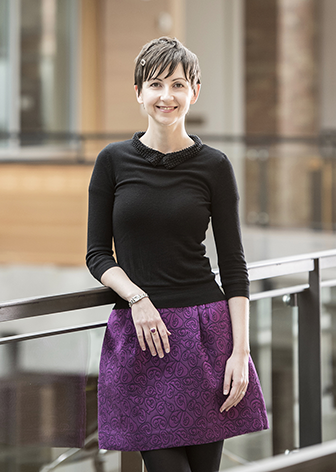 UW CSE professor Emina Torlak has been named the recipient of the 2016 Dahl-Nygaard Junior Prize from the Association Internationale pour les Technologies Objets (AITO), an organization devoted to advancing research in object-oriented technology. Torlak—a member of UW CSE’s Programming Languages & Software Engineering group (PLSE), which is widely recognized as one of the best in the business—will be honored at the European Conference on Object-Oriented Programming (ECOOP) in Rome this summer.

The Dahl-Nygaard Junior Prize recognizes an early career researcher who demonstrates exceptional potential in the areas of programming and simulation. The prize is named for Ole-Johan Dahl and Kristen Nygaard, whose pioneering work in object-oriented programming transformed software design and development. Torlak is being recognized for her work on automated tools for analyzing and synthesizing software artifacts. Examples include Rosette, a new solver-aided programming language that enables programmers to create their own domain-specific tools for verification, synthesis, and debugging, and Kodkod, an efficient constraint solver for relational logic used in a variety of applications, including code checking and test-case generation.

The broader UW CSE family is no stranger to the Dahl-Nygaard Prize. Former faculty member Craig Chambers won the senior prize in 2011, and two of our Ph.D. alumni received the junior prize: Jonathan Aldrich in 2007, and Gail Murphy in 2005.

Published by Kristin Osborne on February 19, 2016