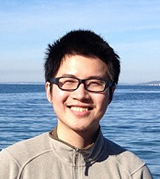 Today, Google announced that UW Ph.D. student Tianqi Chen has been chosen as a 2016 Google Ph.D. Fellow in machine learning. Chen works with professor Carlos Guestrin in the UW MODE Lab (Machine Learning, Optimization, Distributed Systems and Statistics) and is the creator of XGBoost, an open-source, end-to-end tree boosting system that is designed to be efficient, flexible and portable.

Tree boosting is a highly effective and widely used machine learning method. Researchers have embraced XGBoost because it is capable of running 10 times faster on a single machine and of scaling beyond billions of examples while using fewer resources compared to existing systems. More than half of the teams who won Kaggle machine learning challenges last year used it, as did every top-10 winning team at the 2015 KDDCup. Learn more about Chen’s work on the XGBoost project page here. 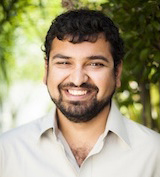 Arvind Satyanarayan, a Ph.D. student who works with UW CSE professor Jeff Heer in the Interactive Data Lab, also won a Google Ph.D. Fellowship – his in human-computer interaction. While technically a student at Stanford University (Heer moved from Stanford to UW several years ago), Satyanarayan spends the bulk of his time here in UW CSE; he is currently co-instructor with Jeff of the graduate course in User Interface Software & Technology in the Masters of Human-Computer Interaction & Design program. Learn more about Satyanarayan’s work here.

Google Ph.D. Fellows are considered to be among the most promising young academic researchers across the globe. The competition has been particularly kind to UW CSE students, including past winners Aaron Parks and Kyle Rector (2015), Robert Gens and Vincent Liu (2014), Adrian Sampson (2013), Tom Bergan (2011), and Roxana Geambasu and Michael Piatek (2009).

Congratulations, Tianqi and Arvind, and thanks to Google for supporting UW CSE students and their work!