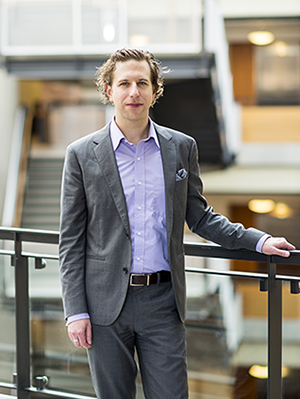 UW CSE professor Noah Smith, an expert in natural language processing, has received a 2016 Innovation Award from the University of Washington’s Office of Research to create a large-scale visualization of people’s perspectives on current events and issues based on digital text.

By developing tools to map the “perspectives landscape” from the vast amounts of text data available online, Smith will be able to reveal differences in framing that can affect public attitudes. His research will advance the state of the art in natural language processing while enabling researchers, policy makers and citizens to gain a better understanding of the public discourse. Although Smith’s analysis will initially focus on perspectives related to the American news media, his approach could be expanded to the international news media, social networks and other domains.

Smith’s project is one of five proposals that were chosen for funding in this latest round of the UW Innovation Awards program, which was created in 2014 to support faculty engaged in potentially transformational research in areas for which other funding sources may be limited. Last year, a multi-disciplinary team that included UW CSE and EE professor Shwetak Patel, CSE professor James Fogarty, and CSE adjunct faculty members Julie Kientz and Sean Munson received a UW Innovation Award to support the development of mobile tools for improving people’s health.

Smith is recruiting a postdoc to work with him on this project. Interested individuals can view the application materials here.