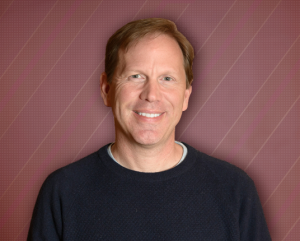 UW CSE Ph.D. alum Stefan Savage, currently a professor at UCSD, was named the recipient of the 2015 ACM-Infosys Foundation Award in the Computing Sciences today. He earned the award, which recognizes individuals whose early contributions in their careers have had a fundamental impact on the field of computing, for his “innovative research in network security, privacy, and reliability that has taught us to view attacks and attackers as elements of an integrated technological, societal, and economic system.”

Savage, who completed his Ph.D. at UW CSE working with professors Tom Anderson and Brian Bershad, has applied his holistic view of security research to great effect. Working with collaborators at UCSD and UC Berkeley, he tackled the problem of unsolicited email by constructing a complete model of the spam supply chain to target and remove the financial incentive for perpetrators. He also worked with a team from UCSD and UW CSE to assess the security vulnerabilities of modern automobile systems—that project, which was co-directed by Savage and UW CSE professor Yoshi Kohno, inspired extensive follow-on research and prompted regulators and manufacturers to make cybersecurity a priority.

From the ACM media release:

“Savage’s impact on the field of network security stems from the systematic approach he takes to assessing problems and combating adversaries ranging from malicious software and computer worms to distributed attacks….

“‘Keeping networks secure is an ongoing battle,’ explained ACM President Alexander L. Wolf. ‘Coming up with a technical advancement to block an adversary is important. But, very often, the adversaries soon find new ways in. Stefan Savage has shifted thinking and prompted us to ask ourselves how we might impede the fundamental support structure of an attacker. His frameworks will continue to significantly influence network security initiatives in the coming years.’

“‘Dr. Savage has dedicated his career to analyzing, protecting, and strengthening the systems and networks that make our digital age possible…’ said Vishal Sikka, Chief Executive Officer & Managing Director of Infosys. ‘Dr. Savage is a true innovator, pursuing his curiosity and passion toward new frontiers in cybersecurity, and exemplifying the kind of work that the ACM-Infosys Foundation Award is proud to support.'”

The ACM will present Savage with the award at its annual banquet in San Francisco in June.

Read more about Stefan and his achievements on the ACM website here and in a related Reuters article here.