UW CSE professor Anna Karlin and Ph.D. alum Jeff Dean have been elected to the American Academy of Arts & Sciences. The American Academy, established in 1780, is one of the nation’s oldest and most revered learned societies whose members are among the most accomplished individuals in their disciplines—disciplines that span mathematics, the biological and physical sciences, medicine, the social sciences, business, government, humanities and the arts. Karlin and Dean are among only six computer scientists who were elected to the Academy this year out of 212 new members. 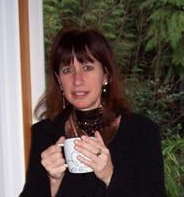 Karlin is the Microsoft Professor of Computer Science & Engineering and a member of UW CSE’s Theory group. Her research primarily focuses on the design and analysis of algorithms, particularly probabilistic and online algorithms. She also works at the interface between theory and other areas, such as economics and game theory, data mining, operating systems, networks and distributed systems. In addition to her research and teaching within CSE, Karlin designed and taught a course for non-majors that examined the intellectual underpinnings and societal impacts of computer science. Before her arrival at UW CSE, Karlin spent five years as a researcher at Digital Equipment Corporation’s Systems Research Center. As one of the founding members of rock band Severe Tire Damage, she has the distinction of having participated in the first-ever live music broadcast on the internet in 1993. Karlin earned her Ph.D. from Stanford in 1987 and is a fellow of the Association for Computing Machinery. She joins CSE faculty members Susan Eggers and Ed Lazowska as fellows of the Academy. 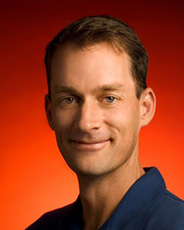 Dean is a Google Senior Fellow, where he leads the Google Brain project. Since he joined Google in 1999, Dean has contributed to a number of significant developments at the company, including five generations of crawling, indexing and query serving systems; the initial development of the company’s AdSense for Content product; MapReduce, which simplifies the development of large-scale data processing applications; BigTable, a large-scale, semi-structured storage system that underpins a number of Google products; the system design for Google Translate; and the design of DistBelief and TensorFlow for large-scale training and deployment of deep learning models—among many others. Dean earned his Ph.D. from UW CSE in 1996 working with Craig Chambers on whole-program optimization techniques for object oriented languages. He was elected to the National Academy of Engineering in 2009 and is a fellow of the ACM and the American Association for the Advancement of Science.

Karlin, Dean and their fellow new members will be inducted at a ceremony in October in Cambridge, Massachusetts. Read the Academy press release here.

Congratulations to Anna and Jeff on this outstanding recognition!