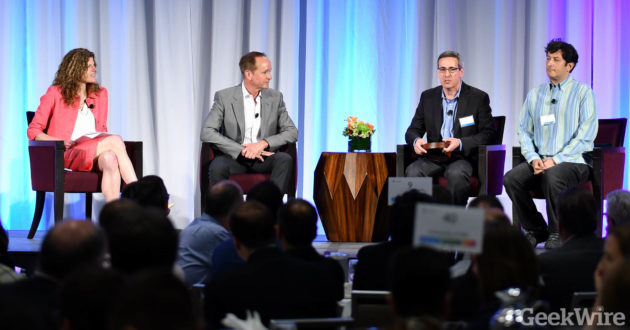 “Cost of living . A competitive talent pool. The University of Washington …

“Lewis also credited the University of Washington as an important part of the technology ecosystem in Seattle. That was echoed by Diorio, who co-founded RFID-maker Impinj 16 years ago in Seattle. Diorio noted that he originally came to Seattle to work at the UW’s nationally-recognized computer science department.

“‘It was really the draw of the university and the entire ecosystem that a large prestigious university creates, and how it draws students and industries and people and faculty,’ he said. ‘The bandwidth of the community here as a consequence of that university is transformational.'”