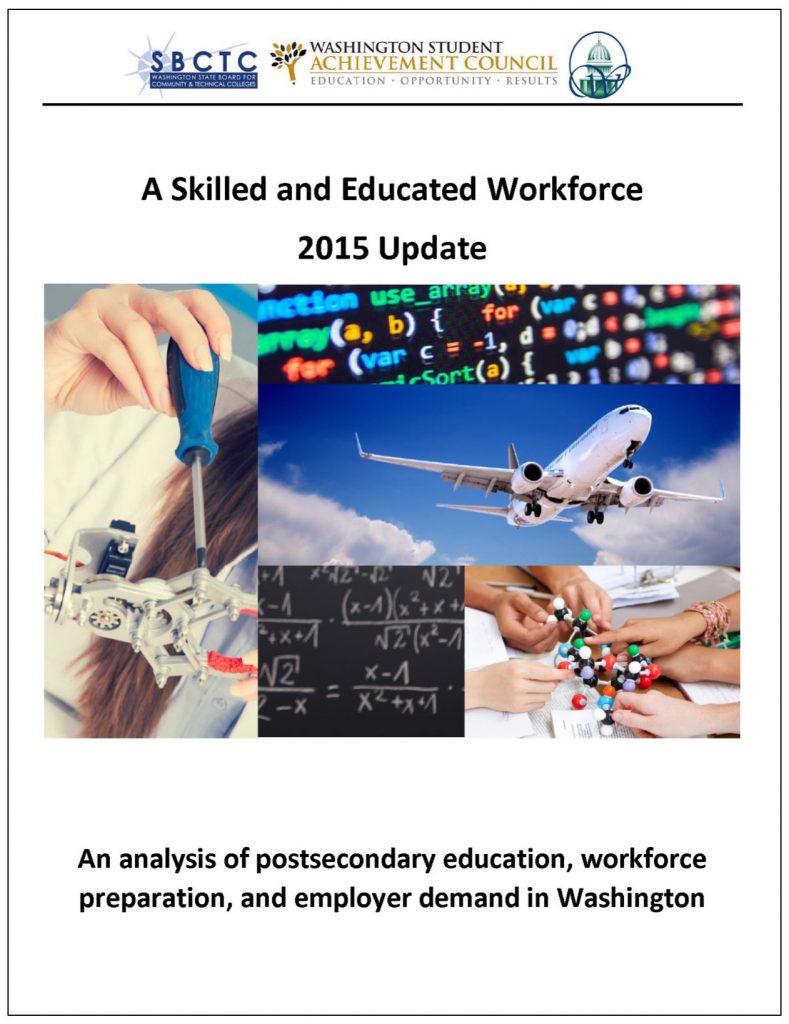 The latest update of the authoritative Washington State workforce gap analysis was released in April by the Washington Student Achievement Council, the State Board for Community and Technical Colleges, and the Workforce Training and Education Coordinating Board.

The report – A Skilled and Educated Workforce: 2015 Update – examines supply and demand in roughly 500 occupations divided into a dozen major categories.

At the Bachelors level, four fields are identified as having significant gaps between annual completors entering the workforce and total annual job openings. Computer Science leads the way, with a gap nearly four times as large as the gap in the next field.

When Bachelors and Graduate degree levels are combined, seven fields are identified as having significant gaps. Computer Science again leads the way, with a gap nearly three times as great as the gap in the next field.

Of course, it’s not just Washington’s software industry that’s responsible for this. We recently reported on the dominance of computing professionals in our region’s aerospace industry.

And it’s not just a regional phenomenon. We recently reported on the latest U.S. Bureau of Labor Statistics decadal workforce projections.