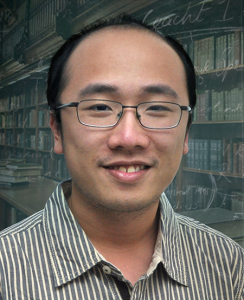 We are thrilled to announce that Yin Tat Lee, who works in algorithms and optimization, will join the UW CSE faculty.

Lee’s research focuses on the design of fast algorithms for fundamental optimization problems. Leaders in convex optimization acknowledge that his work has yielded the most important breakthroughs in interior point methods in the past two decades. Together with his co-authors, Lee has developed the fastest known algorithms for linear programming, submodular function minimization, and the maximum flow problem. He has been the recipient of a variety of Best Paper and Best Student Paper awards from flagship theory conferences, including FOCS and SODA.

After finishing his Ph.D. at MIT, Lee will spend a one-year postdoc at Microsoft Research in Redmond  before starting at UW CSE. He joins Shayan Oveis Gharan and Thomas Rothvoss as rising stars in theory who have chosen UW CSE in recent years.