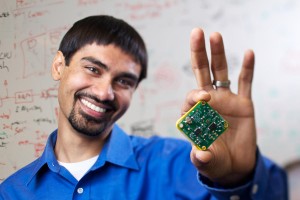 Electronics company Belkin International and plumbing and HVAC supplier Uponor Corp. recently announced the formation Phyn, a $40 million joint venture to further scale their intelligent water innovations based on technology that was developed by CSE and EE professor Shwetak Patel working with students in the UW’s UbiComp Lab.

The Belkin technology is based on HydroSense—a pressure-based sensor for monitoring home water usage developed by Patel, CSE Ph.D. alum Jon Froehlich, and EE Ph.D. alum Eric Larson—and ElectriSense, a plug-in sensor that monitors home energy consumption at the device level that was developed by Patel and CSE Ph.D. alum Sidhant Gupta. Froehlich and Larson are now faculty members at University of Maryland, College Park and Southern Methodist University, respectively, and Gupta is a researcher at Microsoft Research.

Belkin licensed the technology when it acquired Patel’s home sensing startup, Zensi, six years ago. As part of that deal, Belkin opened its Wemo Labs in Seattle under Patel’s leadership. The new venture, Phyn, will operate a research facility in Seattle as part of its efforts to bring projects such as Belkin’s Wemo Water system, which is built on the UW-licensed technology, to market. 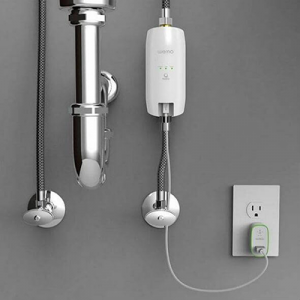 From the GeekWire article:

“Phyn’s R&D lab, in Seattle’s Belltown neighborhood, is starting with 10 engineers, and the company plans to continue expanding the team, said Ryan Kim, the newly named Phyn CEO, who was previously Belkin’s vice president of engineering. Kim said in an email to GeekWire that the company ‘continues to be committed to and invested in both our relationship with UW and our R&D office in Seattle.’

“‘We’ve found the quality of thinking as well as the quality of execution by the team at the lab, under Shwetak’s guidance, to be excellent, cooperative, and highly productive,’ Kim said. ‘Phyn will absolutely continue to work closely with Shwetak and the lab as we move forward.'”

Published by Kristin Osborne on June 2, 2016